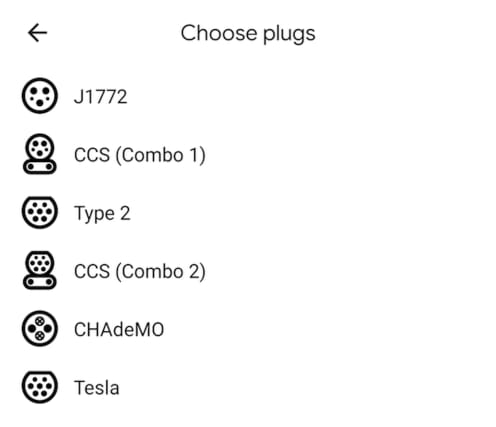 A new feature has been introduced to Google Maps that allows EV charging stations to be searched for by plug type.

First reported by tech publication Android Police, users of the application on both Android and Apple phones are able to locate charging stations with the option of filtering out locations by plug type.

Alongside that, it’s able to show how many plug points at a specific location are at the site as well as how many are currently available for use. It’s also possible to see previously used chargers, as well as those completely new to the user.

For even easier locating of compatible chargers, it’s possible for EV owners to save the plug type of their vehicle for future reference. These currently include 1772, CCS (Combo 1 and Combo 2), Type 2, CHAdeMO and Tesla charging points.

The ability to filter out chargers based on accessible times is even included, making it easier to plan future charging stops. Though not yet available globally, the PA news agency found the feature to work in the UK while Android Police also reports it’s usable in the UK.