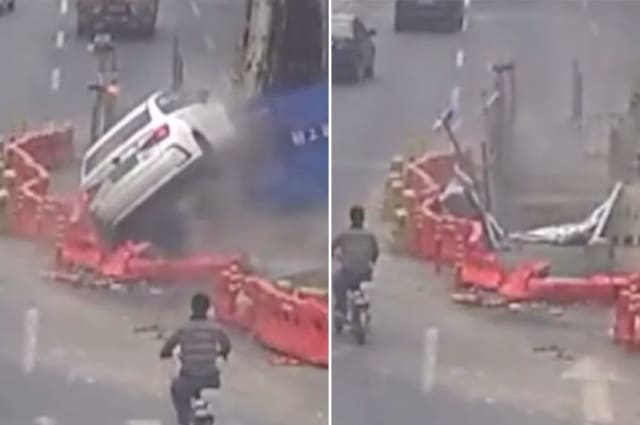 CCTV has captured the horrifying moment that a car plunged into a deep hole after smashing through roadworks barriers.

The footage, filmed in the city of Dongguan in Guangdong Province on December 17, shows a white car crashing into well-marked construction site before dropping into the hole and fully disappearing from sight.

Three people in the car suffered minor injuries, with two seen lying outside of the vehicle at the bottom of the hole in mobile phone footage shot at the site of the incident.

According to a preliminary judgment, the driver was not focused on driving. The case is now under further investigation.