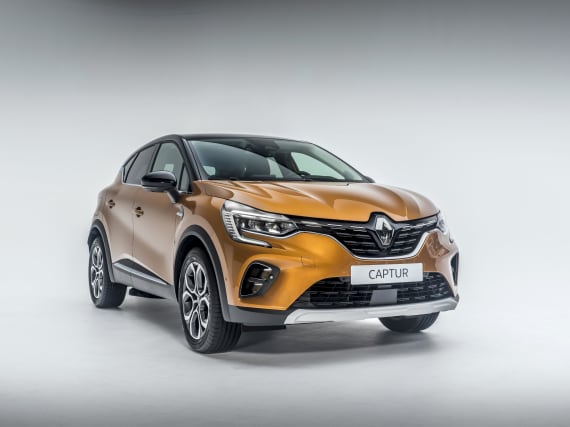 Renault has revealed a full list of pricing and specifications for its latest Captur.

Priced from £17,595 and available to order now, first deliveries of the all-new Captur are expected to commence in March 2020.

Officially unveiled at the 2019 Frankfurt Motor Show, the new Captur follows on from its predecessor which took the title as the best-selling B-SUV in Europe.

Built on a new CMF-B platform, the new Captur boasts more interior space than before as well as better levels of equipment. It’s longer than before – up 110mm – with an exterior beefed-up by front and rear skid plates and protective mouldings for the lower part of the body.

That increased length means there’s now 17mm more legroom in the rear than before, while boot space has been bumped up by 81 litres to a peak capacity of 536 litres.

LED headlamps are now standard-fit across the range, with Renault’s C-shape daytime running light incorporated into the unit’s design. Three new colours – Alabaster White, Highland Grey and Celadon Blue – are now available to choose from on the Captur.

Inside, Play and Iconic-specification models receive a seven-inch touchscreen system as standard, with those on S Edition are increased in size to a 9.3-inch portrait unit. Both get full navigation and connectivity systems too. In addition, each unit features Apple CarPlay and Android Auto smartphone integration technology.

Mid-range Iconic cars start from £19,095 and get 17-inch alloy wheels, LED front fog lamps and rear parking sensors as standard – among other features. At the top of the range sits the Captur S Edition, which starts from £20,595. Diamond-cut 17-inch alloy wheels, front parking sensors and a seven-inch digital instrument cluster in front of the driver are a few notable extras among a whole host of additions.

Three petrol and two diesel engines will be available from launch. Entry-level cars use a 1.0-litre three-cylinder unit with 99bhp and 160Nm of torque, driven through a five-speed manual gearbox. Up next sits a 1.3-litre four-cylinder unit with the choice of either 129bhp and 240Nm of torque or 153bhp and 270Nm of torque. Both come with a seven-speed dual-clutch automatic gearbox.

There is also a diesel offering which uses a 1.5-litre four-cylinder engine in one of two outputs – 95bhp or 115bhp – with both coming with a six-speed manual gearbox as standard.