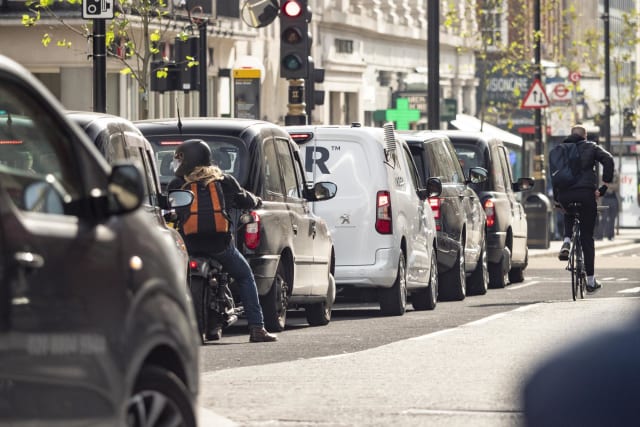 Some delivery vans could be emitting 17 times the emissions produced by the cleanest models, a new survey has found.

Retail events such as Black Friday, Cyber Monday and the general run-up to Christmas has seen continued growth in online shopping, resulting in more home deliveries.

According to courier insurers Staveley Head, parcel delivery numbers increased by 11 per cent last year, equating to an additional 19,000 delivery vans being added to the network during the festive period.

But AIR Alliance, publishers of the AIR Index, states that though the majority of those vans were Euro 6 diesel, not all of them had the same real-world tailpipe emissions.

Massimo Fedeli, AIR co-founder and operations director, said: “Christmas is a time for giving and this year we urge van manufacturers to give us cleaner air. The ultimate responsibility to implement change lies with them: simple service-led engine management updates can make vans much cleaner, dramatically reducing emissions immediately.

“In the short term, we hope that those in charge of purchasing van fleets and making policy around ULEZ will use the AIR Index so that they are better equipped to know which vans are the cleanest, allowing them to choose the greenest vehicles, helping tackle the air crisis we are currently battling.”

The company tested some of the best-selling diesel vans in Europe – all of them Euro 6 compliant – giving each a A-E colour according to latest methodology.

The tests revealed a large difference between the emissions of different vans. The Volkswagen Crafter, for instance, came out well, with an ‘A’ on the air index thanks to NOX emissions of 53mg/km, 72mg/km less than the large van lab-based legal limit of 125mg/km. In contrast, the 2019 Mercedes Citan emitted 902m/km NOX – gaining it an ‘E’ rating – more than eight-times the lab-based legal limit and 17 times more than the Volkswagen.

If this was applied to the additional 19,000 vans added to the network during the Christmas period – and if they were all Volkswagen Crafters rather than Mercedes Citan vans – 1kg of NOX would be added to the urban area instead of 17.1kg.

Given that the average parcel van travels between 20,000 and 30,00 miles a year – and every day some 65,000 unique van journeys are made into London alone – the scale of the issue is quite large.