The best track-only supercars ever made 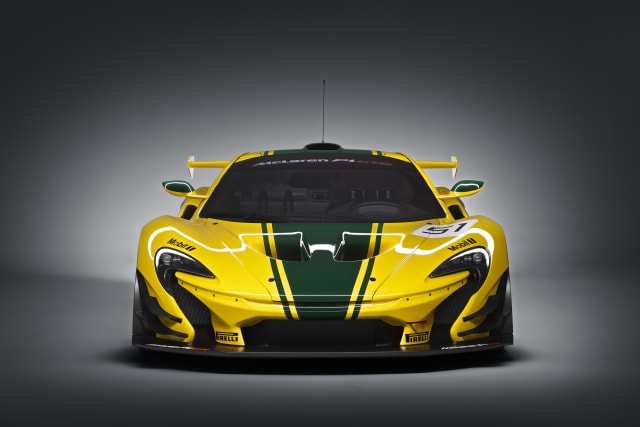 All good supercars must-have performance credentials, and so it’s hardly surprising that manufacturers have long had the bright idea to produce examples focused solely on eye-watering speed and spine-warping handling, with no compromises for the sake of an MOT.

Not only are these cars not able to go to the shops, but for the most part, they can’t race either as they are built beyond the realms of any rulebook. These are the best track day indulgences for the world’s elite speed freaks…

The SLR was closer to a grand tourer than a supercar at first, but the hardcore 722 version helped the car on its way to the apex of performance.

Then came the GT, a trackday car with an exclusive race series for its owners. The project was ultimately quite a short-lived endeavour, arriving just as the late-2000s financial crisis hit everyone’s pockets. However, the car – a 670bhp, 1,390kg brute – made a lasting impact on its drivers, even if it didn’t stay in the spotlight for long.

The FXX K, otherwise known as the ‘oh bother’, is the melting pot between Ferrari’s storied past and the changes it will make in the future. The legendary Ferrari V12 is combined with an F1-style electric motor system for a grand total of 1,036bhp.

It will hit 60mph from a standstill in two and a half seconds, and go on to trouble the 220mph barrier. However, this car is not a drag racer by any means; it was built for the challenges of world-class racing circuits, and that is where the 40 ultra-rich owners get to access the cars through Ferrari’s special XX trackday programme.

Not so long ago, a 6 minute 47 second lap time at the Nürburgring was unattainable for any car accessible to the public, regardless of their wealth. It was that very lap time that was a key selling point for Pagani’s Zonda R in 2009, however.

The Zonda R shared very little with the car it took its name from; it was a pure-bred track weapon and something of a testbed for the Huayra that came in 2011. Just 15 examples of this track-day special made it off the production line.

Aston Martin Vulcan
By the time the Vulcan arrived in 2015, the track-only hypercar scene was dominated by mid-engined rocketships, with the 722 GT on this page being one of very few front-engined rebels.

As such, it was great to see that the Vulcan was unapologetic about being a proper Aston; big V12 out front, luscious coupe body surrounding it. Pukka. And, with 820bhp on tap, the Vulcan is almost certainly the most extreme Aston Martin there has ever been.

If you’ve ever seen McLaren’s base in Woking, you’ll know exactly what to expect from a track car project where its engineers have been able to let their hair down. In short, it’s clinical.

McLaren’s signature 3.8-litre engine and carbon tub are exploited to their fullest in the P1 GTR, with a power figure pushing 1,000bhp and race car levels of downforce.

The Sesto Elemento – or ‘sixth element’ in English – is essentially a Gallardo on a diet that picked up a seriously bad attitude somewhere around the 100th salad.

Debuted at the 2010 Paris Motor Show, this car isn’t as racing-inspired as its other track-only counterparts, from a visual perspective. However, with a 562bhp engine borrowed from the Gallardo Superleggera, and a curb weight of 999kg, it’s certainly no slouch. It’s rare, too; just 20 were built, and you can be sure they’re worth a pretty penny today.