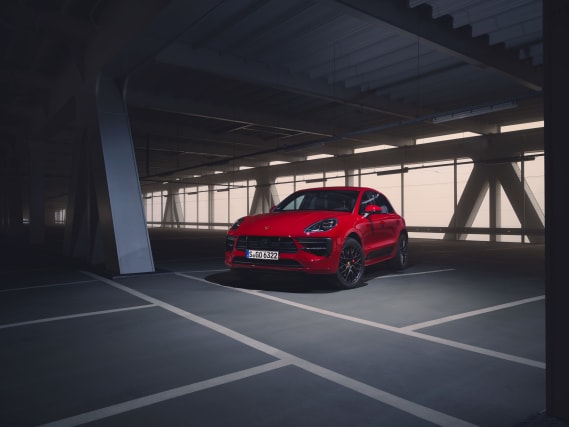 Porsche has revealed a new handling-orientated GTS version of its Macan SUV.

Priced from £58,816 and available to order now, the GTS is powered by a twin-turbocharged 2.9-litre V6 engine developing 375bhp. It puts the GTS in the middle of the S and Turbo-badged models.

Porsche claims that the GTS will achieve the sprint from 0-60mph in 4.5 seconds and top out at 162mph.

The GTS gets features such as Porsche’s Active Suspension Management (PASM), alongside a 15mm drop in ride height compared to the rest of the Macan range. However, it can be dropped by a further 10mm via an optional air suspension package. It meets new 20-inch alloy wheels and larger cast iron brakes in the car’s list of upgrades.

Exterior-wise, the GTS receives redesigned side skirts as well as new front and rear trim. A darkened finish has been applied to the headlight bezels, too, while the rear light bar has been darkened as well.

Inside, key areas such as the armrests, door panels and seat centres have been finished in Alcantara, while brushed aluminium trim sections brighten up the cabin. The seats are unique to the GTS and get eight-way adjustment and boosted side support.