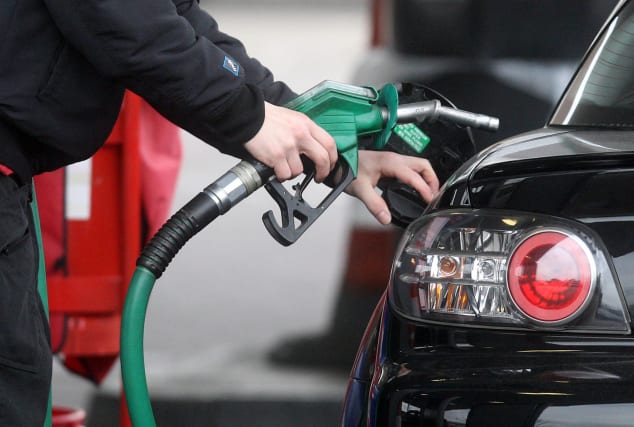 Sainsbury’s is joining Morrisons in offering 10p off per litre of petrol or diesel, but only to those drivers who hit a minimum in-store spending threshold of £60.

The AA last week claimed these promotions “discriminate” against poorer motorists by restricting their access to savings which result from lower wholesale costs for retailers.

It carried out a survey of nearly 18,000 drivers which suggests only 27% of those in the lowest socio-economic group “regularly” spend £60 in a single shopping trip and welcome the discounted fuel.

AA fuel price spokesman Luke Bosdet said: “Once again, we see wholesale petrol costs falling, down more than a penny a litre since late November, and the only consumers to enjoy savings at the pump are those who can spend £60 in-store first.

“I won’t deny that the vouchers are a good deal for families, but they leave the lower-income customers out in the cold.

“When fuel vouchers were first introduced, those lower-spending customers were offered vouchers giving 2p off a litre from a £20 spend or 3p from a £30 spend.”

The offer being run by Morrison’s ends on Sunday, while Sainsbury’s will operate its promotion between Thursday and December 20.

Last month the RAC claimed the failure of fuel retailers to pass on wholesale cost savings meant they were overcharging drivers by more than 5p per litre for petrol and more than 4p for diesel.

Latest Government figures show the average price of a litre of fuel at UK forecourts stands at £1.25 for petrol and £1.30 for diesel.