What happens to my car during cold weather? 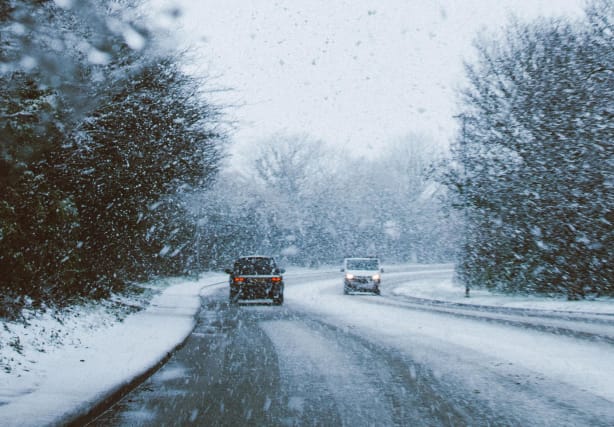 The cold weather is firmly with us and though it’s easy to see some effects that a fall in temperature has on driving, how it changes the way your car works is a little trickier to observe.

Keeping an eye out for some key changes could help you avoid future problems or worse, a repair bill. Here are some to look out for.

Your car’s battery may have felt like it was operating just fine during the warmer months and then one cold snap and – click – the car won’t start. This is likely caused by a battery nearing the end of its useful life, and lower temperatures require the battery to put more ‘effort’ into starting a vehicle.

It means that if a battery’s base charge isn’t good enough, the cold temperatures will cause it to falter. Thankfully, replacing a battery isn’t (too) much of a task, and swapping a new one into the car should solve any problems with starting.

Colder temperatures can cause tyre pressures to fall. This is particularly dangerous during winter as under-inflated tyres don’t provide the best amount of grip that they could. In tricky conditions, making sure that your tyres are properly inflated is paramount.

It’ll come as no surprise that the grit and grime on the UK’s winter roads play havoc with a car’s components, chiefly the wipers. They can get bunged up and become less effective, smearing the windscreen instead of clearing it effectively.

The best way to resolve it? Simply change your old wiper blades out for new ones.

Cold weather can cause engines to struggle and put stress on certain components. One of the first to go is the spark plugs. If they fail to spark properly the engine can have difficulty turning over, meaning that your car won’t start. Make sure that your spark plugs have been recently checked and, if they’re not firing properly, get them replaced.

Fluids can get thicker

If the outside temperature drops below freezing it can cause certain mechanical fluids within a car to thicken. In doing so, they won’t work as effectively and could result in damage to components. The best way to avoid this is to simply allow your engine to warm up for around 10 minutes before driving.

Exterior panels get a pummelling

The amount of grit, dirt and general detritus on the road during wintertime can play havoc with a car’s exterior panels. It can result in corrosion if left to settle, particularly in areas such as the wheelarches and front grille.

The best way to avoid this is to clean and rinse your car in fresh water as often as possible to remove salt and dirt. Even if it’s a simple wash down, this can make a huge amount of difference to the longevity of a car’s panels.