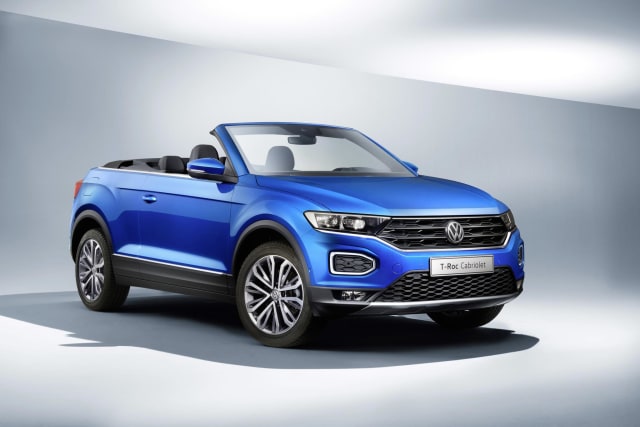 A drop-top version of the firm’s popular crossover, the T-Roc Cabriolet gets the elevated driving position and solid build quality that have attracted buyers to the car – but with the ability to drop the fabric roof in just nine seconds at speeds of up to 19mph.

Andreas Tostmann, Volkswagen management board member for production, said: “The vehicle was in large part developed in Osnabrück. Now it is being produced here too. It is a genuine child of the site. A site that in the process has been able to fully demonstrate its strengths.

“The team did a lot of work to bring the T- Roc Cabriolet here and are now finally reaping the reward for their efforts. Production, assembly and logistics have been extensively modernised for a high double-digit million-euro amount and are of an excellent standard.”

The T-Roc Cabriolet will be available with either a 1.0- or 1.5-litre turbocharged petrol engine, driven through either a standard-fit six-speed manual gearbox or a dual-clutch automatic.

Two design packages will feature on the car – Style and R-Line – with the former bringing 17-inch wheels and ambient lighting, among other touches. The latter meanwhile bolsters the amount of equipment available, with sportier alloy wheels and leather sport seats just two additions.

The T-Roc Cabriolet comes as Volkswagen’s sole convertible offering and is expected to go on sale in spring 2020.