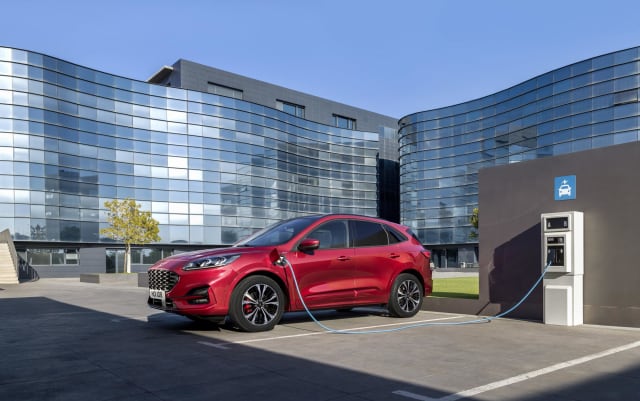 Ford has revealed its full UK pricing structure for its all-new Kuga.

The crossover, which is set to arrive early next year, debuts in one of three specifications – First Edition Titanium, ST-Line and ST-Line X.

An entry-level Zetec version, priced from £23,995, will join the initial line-up later on.

The Titanium First Edition, priced from £28,145, gets a Bang and Olufsen sound system as standard, along with front and rear-view cameras and adaptive cruise control. The First Edition Kuga models are available with a range of powertrains, including a plug-in hybrid option.

That electrified version is priced the same as a diesel equivalent at £33,095, representing a great opportunity to those who want to give plug-in car ownership a try.

Lisa Brankin, Ford of Britain passenger vehicle director, said: “The all-new Ford Kuga is our first passenger vehicle to offer plug-in hybrid technology, alongside a full line-up of other options to give our customers a comprehensive engine choice. Matched with a contemporary design, advanced technology, driver assistance and safety features, the all-new Kuga represents the best in one package.”

It was also today revealed that the Kuga has been awarded a five-star safety rating by independent board Euro NCAP.

The plug-in hybrid Kuga makes use of a 2.5-litre petrol engine, with a combined fuel return figure of up to 201mpg. It also brings low emissions of 26g/km CO2 and can travel up to 35 miles thanks to a 14.4kWh battery pack.