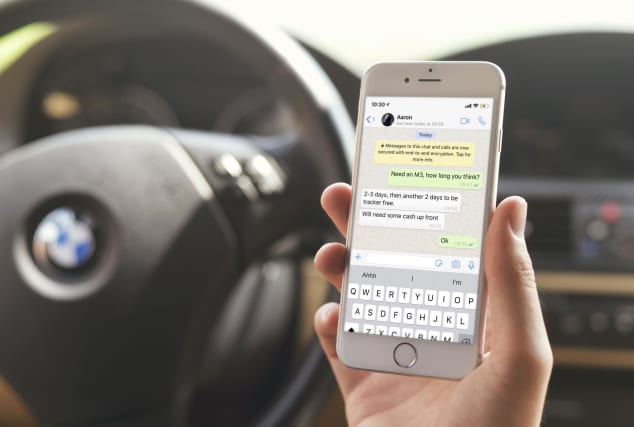 Vehicle thieves are utilising WhatsApp to streamline their car theft process, according to a leading vehicle protection specialist.

AX says that criminals are creating ‘shopping lists’ of vehicles which are then stolen to order. These lists are helped by encrypted social media platforms, and the whole process is fuelled further by vulnerable ‘keyless’ systems.

The latest figures from the Home Office have shown that the number of cars stolen in the UK has nearly doubled in the last five years. Between 2017 and 2018, close to 112,000 vehicles were illegally taken, an increase on the figure of 75,308 registered in the 2013-14 financial year.

Neil Thomas, AX’s director of investigative services, said: “The highly organised criminal networks are constantly looking for more secure ways to carry on their ‘businesses’ online and use social media with encrypted messaging capabilities or even online games to covertly communicate with each other.

“The sheer volume of thefts is practically a car theft epidemic and is enabling criminals to purchase costly technology which then fuels even more car crime.”

AX states that criminals organise themselves on social media and agree on preferred targets before making a move.

Thomas added: “The thieves who take the initial risk get the cash payment, then the buyer, who now has a tracker-free car can then take their time to strip it, clone it or export it. This is where the profit is, especially in terms of the parts which can amount to much more than the complete vehicle.”