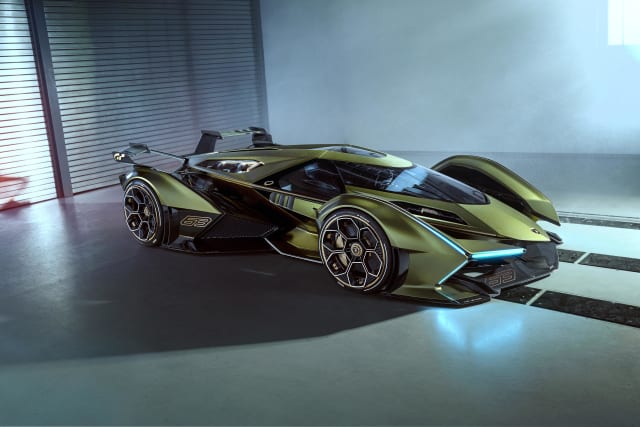 However, it is not set for the real world, instead designed to live inside the virtual world of the PlayStation 4 video game Gran Turismo Sport.

The firm says the design emphasises the fact this is a single seater, with a further emphasis on being aerodynamically efficient. There’s a prominent rear wing with integrated Y-shaped taillights, while the main body section is separated from the wheel arches.

Mitja Borkert, head of Lamborghini Centro Stile, the firm’s design studio, said: “The Lambo V12 Vision Gran Turismo is created to provide the ultimate virtual car for young fans and gamers, who are ultra-enthusiastic about Lamborghini and its futuristic aspirations.

”It is an opportunity for the design talent within Lamborghini to stretch its wings and visualize a car that, like every Lamborghini, is a head-turner and the best driving experience, but also mirrors Lamborghini’s push on future technologies, particularly in the arena of lightweight materials and hybridisation.”