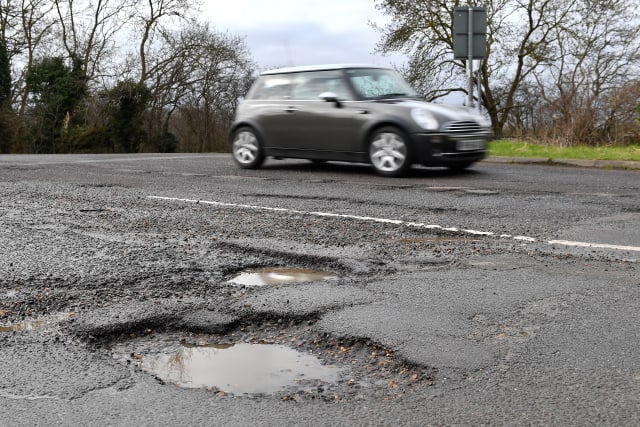 Local roads are now in a worse condition than they were 12 months ago, according to almost half of UK motorists.

Of 1,753 of drivers surveyed by motoring services provider RAC for its 2019 Report on Motoring, 49 per cent say local roads — any that are not motorways or major A-road — have deteriorated since last year.

Just 11 per cent expressed the view that their surrounding roads had improved in condition, while 40 per cent said there had been no real change in the past 12 months.

Of those who said roads had deteriorated, 95 per cent believe an increase in potholes is the main factor. Litter was also blamed with 23 per cent of respondents citing it as an issue, while 22 per cent feel poor foliage management is also to blame.

Drivers in rural areas are more likely than the UK average to believe local roads have worsened in condition, with 58 per cent holding that view. 25 per cent of London-based motorists say roads have improved, however.

Nicholas Lyes, RAC head of roads policy, said: “Despite data from our patrols revealing fewer of the breakdowns they have attended this year have been related to pothole damage, it seems that drivers still feel that road surfaces are not as good as they should be.

“Those living in rural areas definitely feel more hard done by, perhaps because they rely on their cars more than those in towns and cities so they are more inclined to notice defects that hinder their journeys.”