A BMW convertible driver who stuffed a double mattress and bed frame into her car's back seat was pulled over by stunned police.

Essex police officers spotted the car driving along the A120 between Basildon and Colchester earlier this week.

After being questioned, the female driver told officers: "It's wedged in the seat, so it's okay."

The woman was found to be driving without insurance and her car was seized by police.

The force posted a picture on Twitter that showed the car with the roof down and a mattress and bed frame sitting upright in the back seat. 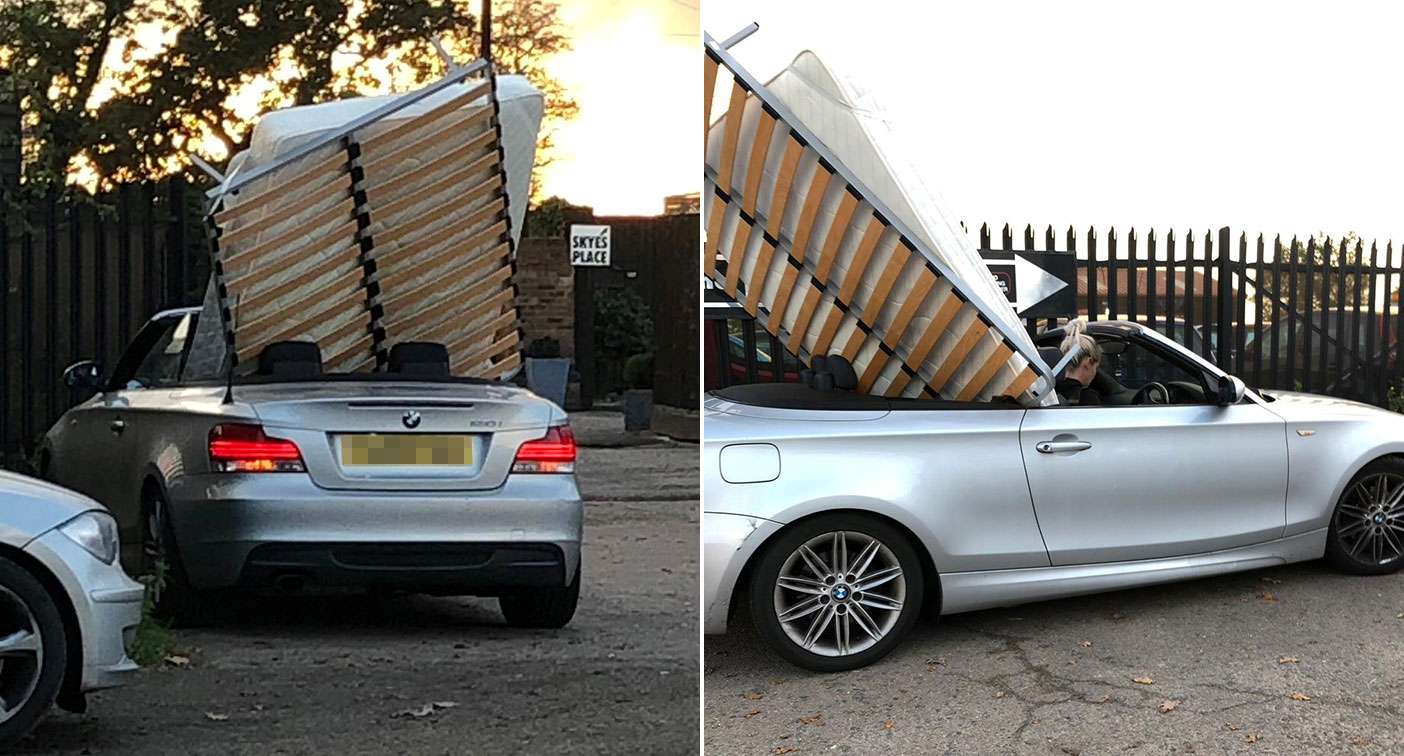 "Some of the work based on traffic stops included positive stop and search for drugs, two drug drivers, seized for no insurance and an insecure load... she said: 'It's wedged in the seat so it's okay!"

It is not clear if any further action was taken against the driver.

However, under current laws, danger from distribution of load in a car can result in a fine of £100.

Earlier in November, police in Leeds shared the moment a cheeky driver who was caught driving on the M1 at 112mph asked officers to turn a blind eye.

PC Dave Cant, of the West Yorkshire Police Roads Policing Unit, tweeted: "'Can we just call it 80mph lads?' 'Will I get a Speed Awareness Course lads?' No."

Drivers who break a 70mph speed limit by driving up to 86mph may be eligible for a speed awareness course.

Driving at more than 100mph does not carry an automatic ban – but it can result in a court summons where a magistrates can ban or endorse a driver's licence with six points.