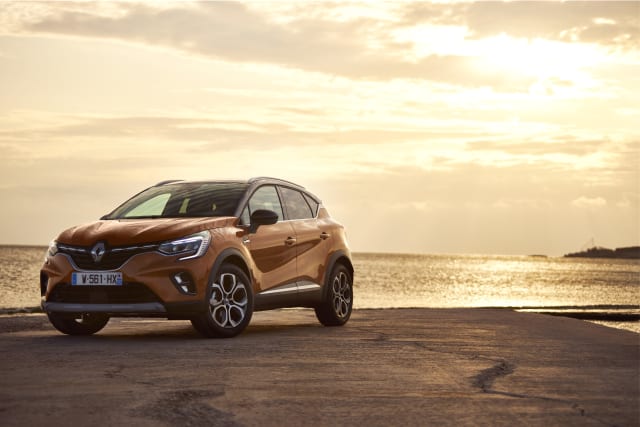 Crossovers continue to be number one on the menu for UK buyers, and after making large strides in the MPV market before it, Renault has flipped its business into the crossover market looking for similar results.

With the larger Koleos and Kadjar receiving recent updates, the final piece of the brand’s SUV puzzle is getting an update, too. And here it is, the new Captur.

Sitting at the compact end of the market, the Captur comes with styling updates, an improved interior finish and brand new engines. But is that enough to boost the Captur’s popularity?

With this second generation version, Renault has refined the Captur’s design and it shares a lot of attributes with the new Clio. With the crossover sitting on the same platform as the smaller car, it also shares a near-identical front design – while the cockpit design also looks similar.

Renault has also added the option of a fully digital instrument display alongside the new 9.3-inch infotainment display – but that’ll cost you extra.

The model has been extended by 110mm – allowing for a useful 90-litre increase in boot space and additional interior space – while the new engines provided are more efficient. Renault is also adding a plug-in hybrid version in 2020, which will have 28 miles of pure electric range.

The Captur is offered with a new range of five engines – three petrols and two diesels. Both manual and automatic transmissions are available throughout the line-up, with both the entry-level TCe 100 petrol and dCi 95 diesel paired exclusively with manual ‘boxes. Interestingly, this is the pick of the transmissions as the automatic simply isn’t good enough.

With the popularity of diesels falling, it’s likely that the petrol units will be favoured by buyers. Customers have the option of 99bhp, 129bhp and 153bhp engines – with the middle option already used in the Megane and Kadjar.

Of the petrol options, the base 99bhp unit can return a claimed 47.1mpg and 118g/km CO2 – but that can be trumped by both diesels. Renault claims that they can return 58.9mpg, with the entry 94bhp unit slightly cleaner in terms of CO2g/km – although there isn’t much difference between them.

On the road it’s remarkably firm, crashing over larger pot holes and failing to soak up even the most modest of bumps. It’s comfortable inside, with the decent seats giving plenty of support but the driving position feels a little cramped. The diesel engines are a little noisy while the automatic is poor – slow to shift and often wrapping itself in knots. Our pick would be a petrol engine with a manual gearbox – a combination few would have recommended a few years ago.

On the whole, little has changed from the previous generation – with Renault basically adding the front design of the new Clio and including LED headlights as standard on all models. But that’s not a bad thing, as the Captur does look smarter thanks to these changes.

With the Clio introducing an all-new cockpit design, Renault has now added it onto the Captur – with the top-spec models featuring digital instrumentation on a 10-inch display and a 9.3-inch portrait infotainment screen. A seven-inch display is included as standard.

As Renault has lengthened the car, interior space has improved – allowing for more passenger and storage space. The boot has grown by 91 litres from 445 litres up to 536 litres, while the rear bench can be shifted to make for either extra legroom or loading space.

The Captur is offered in three trim levels – Play, Iconic and S Edition – with entry level equipment up to a good standard for the £17,595 starting price.

While this end of the SUV market is pretty crowded, the new Captur has a decent stab at it. While it’s hard to recommend any of the current offerings in the relatively dull end of the market, for some a pumped up driving position and jacked-up looks are far more important than the better handling and overall package of a standard hatchback. If that sounds like you, the Renault is worth a look.

Brits are turning to luxury motorhomes ahead of winter Covid disruptions