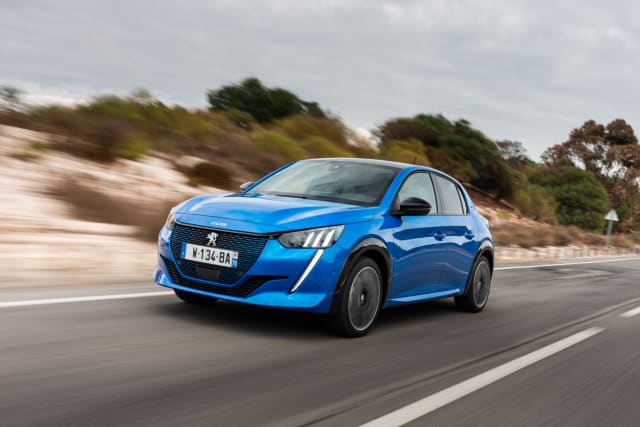 There was a time when the only electric vehicles of note were the Renault Zoe, Nissan Leaf and a couple of Teslas. However, with manufacturers being forced by EU regulation to cut emissions across their fleets, and with buyers become ever-more eco-conscious, everyone’s doing an electric car these days.

The latest to hit the market will be the Peugeot e-208 supermini, which will go up against the likes of its soon-to-be-released sister car, the Vauxhall Corsa-e, and the excellent Renault Zoe.

At the launch of the new 208 range, we got behind the wheel of a pre-production version of the all-electric supermini that’ll launch early next year for a brief drive, and were promised it was “almost production-ready, save for a few software updates”.

While the likes of Renault have built separate platforms for bespoke electric models, the all-electric 208 is designed to sit naturally in the model range alongside the petrol and diesel variants.

Therefore, it gets all of the same styling additions as its stablemates, including the smart ‘three-claw’ headlight design and premium-feel interior. Interestingly, Peugeot says that its customers said they didn’t want to show off that they have an EV, so save for e-208 badging on the tailgate and an e symbol on the rear pillars, there’s not much to differentiate it from the rest of the range.

Performance comes from a 100kW (or 136bhp) electric motor powered by a 50kW battery that provides a range of up to 211 miles. To alleviate the concern of battery degradation, Peugeot offers a battery guarantee for eight years or 100,000 miles, and owners will be given a certificate after each service that tells them what percentage of the original battery capacity remains in the hope of protecting the resale value and reassuring used buyers in the future.

Electric powertrains largely feel the same across brands, providing punchy, linear acceleration, and with three drive modes – eco, normal, and sport – and a choice between normal and high battery regeneration, you can tailor the car’s powertrain to your preference. However, while the power output is comparable to the new Renault Zoe’s R135 motor, it doesn’t feel quite so urgent.

One particularly positive note is that because it utilises liquid cooling for the battery, Peugeot says the e-208 has been made compatible with 100kW fast chargers, meaning 80 per cent of its capacity can be topped up in just 30 minutes.

That slightly lethargic acceleration might be down to weight differences, but because the batteries are fitted beneath the floor pan, the centre of gravity is kept low, meaning you don’t feel the extra 310kg over combustion-engined versions in corners.

Where you do feel the difference, though, is in the suspension, which is stiffer to account for that extra weight. Therefore, on a bumpy road, the body is prone to jiggle a lot more, making for a less relaxing ride than you might expect from a serene electric vehicle. Road noise is much more evident too – the Zoe, again, does a better job of hiding outside noises normally hidden by the sound of the engine.

That being said, as an overall package, the e-208 isn’t disappointing – you get a more responsive powertrain than an equivalent petrol or diesel, it makes driving in city traffic a breeze, and it’s still fun on a country road.

The 208 as a whole has a remit to appeal to the widest possible audience – both young and old, male and female – and it’s clear Peugeot has tried to achieve this by appealing to a style-conscious buyer. It has an air of sophistication but with bold styling features that make it stand out from the crowd.

That ‘three-claw’ headlight design up front is a particular stand out, while LED headlights all ‘round really ramp up the appearance of quality. It looks best in bold colours, too, which do well to show off its smart details.

The e-208 in particular is perfect for people who want a car that looks good but don’t want to be too overt about the fact they bought an electric vehicle, as save for a few badges it’s almost indistinguishable from other powertrain choices.

It’s more of the same from Peugeot, which has been offering high quality and handsome interiors for a few years now. Even in lower-specification models, material quality feels high while the new 3D i-Cockpit instrument binnacle is a quality touch.

As with other 208 variants, it shares the same foibles of being a touch cramped for taller passengers, particularly in the rear, while the positioning of that i-Cockpit screen means the view of all your important information is blocked by the steering wheel for some drivers.

Many electric vehicles are only offered in the highest trim levels to justify the more expensive price tag, but the e-208 is available across the same trim levels as petrols and diesels. In fact, it’s been designed to be the same price over a few years as a petrol equivalent – more up front, but when running costs are taken into account, it’s about the same.

The result is that you can get an e-208 for £25,050 (all prices include the £3,500 plug-in car grant) in Active trim with cruise control, a leather steering wheel and lane-keep assist. Allure, starting at £26,250, adds 17-inch alloy wheels, leather-effect upholstery, and 3D i-Cockpit. Then there’s GT-Line, which adds parking sensors, GT-specific body upgrades, extra leather inside and the active safety brake driver aid, from £28,100.

Peugeot’s strategy to incorporate its electric vehicles into its existing model line-up seems like a sensible decision, normalising electric powertrains instead of separating them from the nameplates buyers have known for years.

The Renault Zoe, this car’s key rival right now, has forged a totally different path. After this brief drive, it’s fair to say that Peugeot has some catching up to do. However, for a first effort it’s very impressive, and when it looks this good, it’s easy to see buyers forgiving the harsh ride and less energetic powertrain to make the e-208 a real success story.