7 cars you can finance for less than a weekly shop 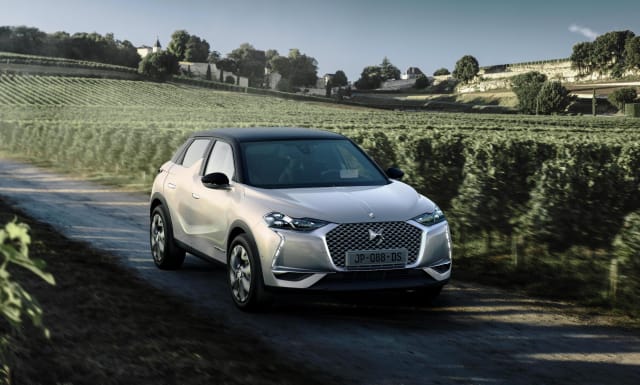 Sometimes it can be difficult to know what a good deal looks like, especially when it comes to financing a car. There are so many things to take into account, such as the mystery of depreciation and the difference between finance deals.

So, to give some context, we decided to look at cars that cost less than the average weekly shop, something most people don’t even give a second thought to spending. New figures suggest that the average family spend £60 per week, or £240 per month on food and drink – but what cars are available with that budget in mind?

Each of these deals is based on a personal contract hire (PCH) deal, commonly referred to as leasing. This generally means you pay an initial rental or deposit plus your monthly fee to essentially rent a vehicle, and it usually includes servicing. At the end of the agreement – often between two and four years – you simply hand the keys back with no extra to pay, assuming it’s in good condition and you’ve kept to the pre-agreed annual mileage limits, of course.

The prices here are just a guide, too – you can often increase the monthly payment with a small deposit, or pay more up front to cut the monthly fees.

If you’re looking for a fairly large executive saloon that looks good and drives great – but don’t want a predictable BMW or Mercedes-Benz – look no further. The Volvo S90 has everything you could look for, from a sophisticated road presence to excellent on-board technology.

There are also great value leasing deals to be had – providing you don’t mind keeping your mileage fairly low. But if you don’t drive too far, less than £13,000 over four years for a Volvo S90 is good value.

If the Volvo is a little too pricey or you can’t quite keep below that mileage limit, the Skoda Superb makes a fantastic alternative. It’s well-equipped and has tonnes of space inside, making it perfectly practical for most families – and unless you’re really looking for top-end quality it’s perfectly decent to be inside.You can save almost £3,000 over the Volvo over the term of the lease, and have less restrictions on distance you travel for good measure.

This deal feels like one of the best in this list. The DS 3 Crossback is a new crossover from the premium French brand, sporting quirky styling and efficient powertrains. However, it doesn’t quite have the same brand cache as other premium rivals, so prices tend to be a touch lower.

You can get a fantastic deal on this model at the moment, even paying just one month up front. The lower mileage limit is less of a concern here too, because buyers of smaller cars tend to travel less distance anyway.

One of the prohibitive factors when it comes to electric vehicle ownership tends to be price, but this leasing deal proves that you can get a good, practical EV with a decent range at an affordable price.

The up-front cost isn’t too prohibitive, and at less than £200 per month it’s reasonably priced over the full two years. When you factor in the savings that come from not having to pay for petrol or diesel, and it makes a lot of sense.

Not quite ready to take the plunge into full EV ownership like the Ioniq but want a great-to-drive small family car nonetheless? The Honda Civic is the car for you – assuming the styling doesn’t put you off of course.

This price is for the low-powered 1.0-litre petrol admittedly, but it’s not dangerously slow and performs well once up to speed. The reward for dropping some accelerative oomph is one of the best handling cars in this segment.

Family cars don’t get much more ubiquitous than the Qashqai. The original crossover from Nissan is available with some enticing finance deals right now, with a respectable mileage limit and well-specified versions coming in below £200.

You’re also saving almost £50 per month compared with your monthly shop, meaning you can treat yourself to some wine or sugary snacks instead…

The supermini market is booming, so it’s no surprise to see that you can pick up a Seat Ibiza at a competitive price, as the Spanish firm does its best to stand out in the market. Its hatchback is popular for good reason, sporting Volkswagen Group build quality in a more fun and stylish package.

If you’re looking for a less predictable rival to something like a Fiesta without compromising on quality, the Ibiza is a fantastic bet.