Bollinger Motors reveals electric B1 and B2 models 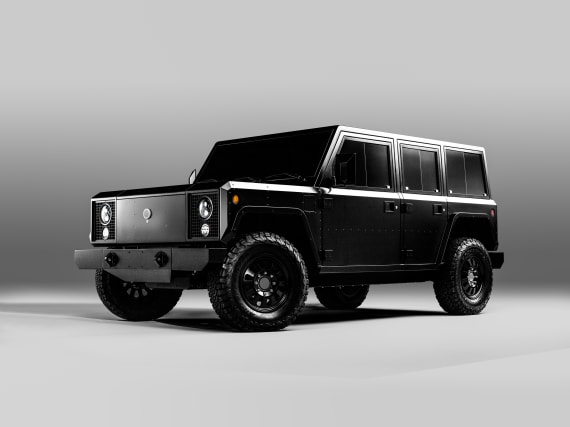 Bollinger Motors has revealed its all-electric B1 and B2 models which, it claims, are the world’s first all-electric off-road and on-road trucks.

Built to tackle extreme terrains, both the B1 and B2 have been built with high and low range as standard, 15 inches of ground clearance and 10 inches of wheel travel. They can even carry 5,000lbs of payload and can tow up to 7,500lbs.

They are powered by a dual-motor electric setup with more than 600bhp and 905Nm of torque. It allows both the B1 and B2 to go from 0-60mph in just 4.5 seconds before hitting a top speed of 100mph.

Created in Detroit, the B1 and B2 feature a patented storage pass-through door, which allows the owner to transport far longer items than you could with a standard truck or SUV.

Robert Bollinger, founder and CEO, said: “It was time we did something new.

“I just wanted to build the best truck without compromise.”

However, despite the wealth of off-road tech incorporated into the design of the B1 and B2, both have been created to be fully legal on-road too.

Prices and further specifications have yet to be announced, though Bollinger says that the two models ‘mark a major milestone in the company’s next steps towards production’. It could mean that there’s still some time to wait before a production-ready version arrives.