The best limited-edition supercars ever built 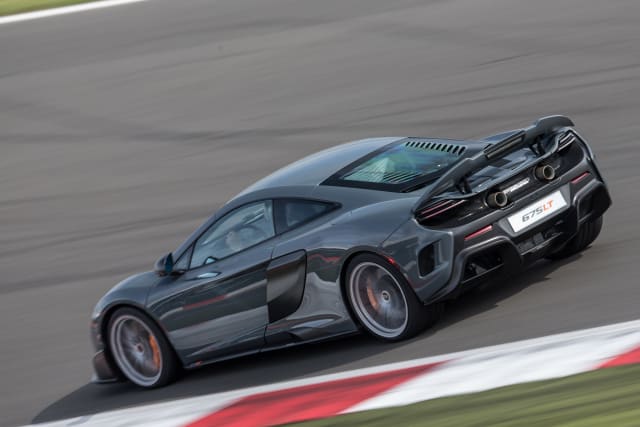 For most of us regular beings, a supercar is already out of reach. These exclusive machines are a rare breed, and demand the kind of prices only the one per cent can ever dream of being able to afford.

But what about for the 0.1 per cent, for who just a regular old Ferrari, McLaren or Lamborghini just doesn’t cut the exclusive mustard? Step in the ultra-limited supercars, of which only a handful exist. We pick out our favourites…

Not too long ago, Bugatti stunned the world by breaking the 300mph barrier with a modified version of its already-ballistic Chiron. To celebrate, it’s making a tribute model — the 1,578bhp Chiron Super Sport 300+.

Just 30 will be produced — with the first arriving in 2021 — and each will use the modified bodywork, uprated engine and eye-catching carbon/orange colour scheme used on the prototype. Each is expected to cost north of £3.5m.

Though introduced way back in 1999, the Pagani Zonda has lived on right through to today thanks to multi-millionaires with wads of cash demanding their own special variants.

There’s more to choose from than you can count on either hand, but we’ll give the title of our favourite Zonda to the ultra-exclusive Cinque. Just five units were ever made, and it was meant to be the swansong for the model back in 2009 — though that didn’t prove true. Five coupes were made, alongside

Koenigsegg produces some of the most cutting-edge machines on the planet, and the Agera One:1 is one of its finest creations. Named as such for its power-to-weight ratio – which comes in at 1hp per 1kg — just seven were made (six if you don’t count the prototype).

If you use watts as a power of measurement, this was the first production car to ever reach the 1-megawatt mark — which converts to 1,341bhp.

A regular LaFerrari just not enough for you? The drop-top Aperta may just tick your boxes instead.

It’s effectively the same as the 949bhp, V12-powered hybrid coupe save for one difference — the ability to take the top off and listen to that twelve-cylinder scream impact the atmosphere. Just 210 examples were produced.

McLaren’s 650S was no slouch — capable of covering the 0-60mph sprint in less than three seconds with a top speed of 200+mph, but clearly this wasn’t enough for some buyers.

Back in the mid-late ‘90s, to enter the top class at the famous 24 Hours of Le Mans race, a manufacturer would have to produce at least a handful of road-going examples of its racer — spawning some ballistic machines.

One of the most notable is the Porsche 911 GT1 ‘Straßenversion’ (Street Version). Unlike most 911s, this was mid-engined rather than rear, and boasted the same wild aerodynamics as the track racer. It’s thought just 24 were ever built.

How do you commemorate one of the most famous British racing drivers ever? Well, if you’re Mercedes, by producing an ultra-rare supercar.

Based on the SLR McLaren, it features a completely reworked body to give it a look of classic speedsters — completely lacking a roof or windscreen. Available only to existing SLR buyers, the Stirling Moss was restricted to only 75 examples.

Lamborghini’s Gallardo could be accused of being a little tame by the firm’s own wild standards, though the Sesto Elemento spawned it spawned certainly ups the ante.

Though it houses the same V10 running gear as its more mainstream brethren, the Sesto Elemento is clad in dramatically-styled carbon fibre bodywork and features an eccentric interior. 20 examples were built, with all of them sold before the car was even publicly confirmed for production.