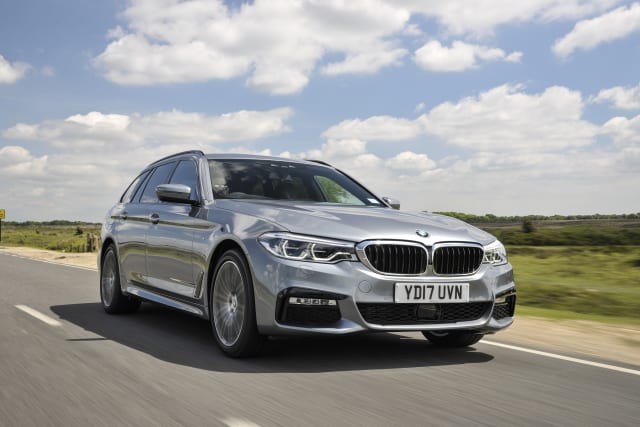 It's hard to ignore the meteoric rise of the SUV. Step into any new car dealership, and you'll find a forecourt awash with high-riding vehicles of all shapes and sizes. There's a reason for that – people simply can't get enough of them.

But is there another way? Is there, perhaps, a type of car which can do everything that an SUV can do, but better? We think the humble estate car is just such a vehicle – and here are five reasons why.

Yes an SUV may deliver the high-riding, king-of-the-road driving position that many people love, but they simply can't offer the same level of driver involvement that you'll get from an estate car.

Find your favourite twisty b-road, and it's highly likely that you'll have more fun on it driving a wagon rather than a four-wheel-drive.

Many SUVs give drivers the option of seven seats, and though on the odd occasion an estate car has also been able to seat seven, we'll admit that they aren't best suited to this use. However, where a wagon can usually match an SUV is load area.

Because of the way they're packaged, it's likely that an estate will offer more than enough boot space for most occasions and, should you need more, almost all have the option to fold the rear seats flat.

We'll admit that the imposing looks of an SUV can be appealing at times, but there's something to be said about the way an estate car is designed – particularly when it's hiding more performance than you'd expect.

Of course, thoughts about a car's appearance are down to the individual, but we'd always argue that there's something pretty cool about the way an estate looks.

It's true that SUVs are becoming more efficient and that, for the most part, the time of big, thirsty four-wheel-drives is behind us. Off the bat they're more efficient, with a lower profile and therefore a better drag coefficient.

Plus, because they're lugging around less weight, estate cars will often use up less fuel than an equivalent SUV There are exceptions, of course, with powerful petrol wagons still able to chew through fuel as well as their off-road rivals.

They say that variety is the spice of life and, when it comes to estates, that's certainly the case. Though nearly every manufacturer does an SUV these days, they also tend to offer a wagon – so there's plenty to choose from.

They're not all huge, load-lugging leviathans too. There are plenty of compact estates on the market for those who want a little more practicality, but without a huge increase in size.