Selling your classic car at auction 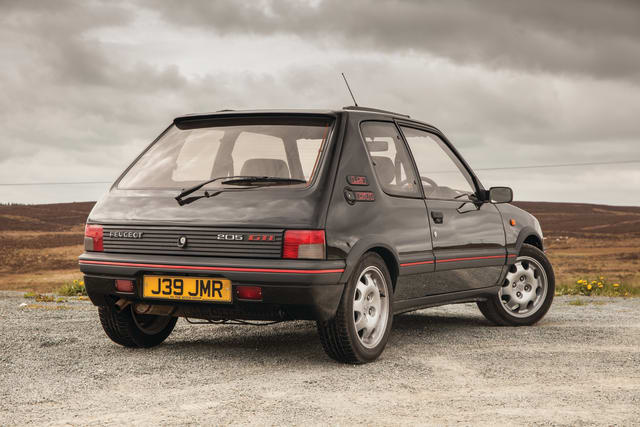 Entering your car into an auction can be a daunting experience – especially if you’ve never done it before.

So it was with some trepidation that I prepared my beloved Peugeot 205 GTI 1.9 for sale at this Saturday’s (August 3) Classic Car Auction.

I’ve owned the 1992 model since 2013 and over the following years embarked on an extensive refurbishment of the iconic French hot hatch.

It was a project that was well documented, forming a series of articles which detailed the incredible bare metal respray undertaken by experts Fix Auto, a paint specialist in Hampshire.

I originally bought the car from a mechanic friend for £1,200, but since then it has had hundreds of man-hours of work to restore the paint to pristine condition and overhaul it mechanically.

I found new parts for it on the shelves of some old Peugeot dealers in France – the only place to find them, as most bits had gone out of production a long time ago. New headlights, spot lights and that little red trim that runs around the bumpers were all found hiding in the back of rundown dealerships in rural France.

Since then, I’ve rarely used it. If I’m honest, I’ve been far too worried about damaging the paintwork, such was the stunning finish the paint experts had achieved. It made driving it a nail-biting experience as I worried about a stone chip ruining all the good work.

So a few weeks ago, when the MOT was due, I realised that in two years I had covered the depressing sum of just 149 miles and decided it was time to find it a new home.

There are a number of different avenues available when selling a classic car. The usual route is a traditional classified listings on popular websites such as Auto Trader, but before you start you need to decide on a price.

And that’s the problem with classic cars – they’re only worth what someone is willing to pay, so working that out before you start is hard, and often impossible. Plus, classic car buyers don’t search in the usual places.

That’s why auctions are a good alternative. You’re probably familiar with online versions, like eBay, where a good description and pictures can help you achieve a decent price. It’s arguably the easiest way to auction your car and it will find a market value quite easily.

The alternative is a physical auction, but these are often overlooked by sellers. That’s why for the sale of my Peugeot I thought I’d give it a go.

Classic Car Auctions run several events a year around the country and I got in just in time for the August 3 sale at the Warwickshire Events Centre, near Leamington Spa.

Placing the car in the sale was a relatively painless process. I filled out an online form with as much detail as I had, submitted some professional pictures I’d taken over the years, and paid the £150 submission fee. A few days later, my car was listed on the website – the first lot in the auction – and with no reserve.

I’ll pay five per cent of whatever the car sells for to the auction house and as part of the sale they’ll advertise it online and in the catalogue, as well as help prepare it on the day.

I caught up with TV’s Mr Wheeler Dealer, Mike Brewer, at the Silverstone Classic car event at the weekend and asked his opinion on auctions, like this one.

“I’ve bought a car from the Classic Car Auctions myself and they’re great sales,” explained Brewer.

“Your car is the first lot, which isn’t great, as it takes people a while to get into the swing of things. However, it’s a great refurbishment, looks stunning and the sales get a lot of interest.”

And with that advice he offered me £6k to take it off my hands there and then. I politely declined.

I still don’t know what the car will go for. I’ve decided if it’s less than £5,000 I’ll buy it back myself and have registered as a bidder just in case.

Nick Whale, boss of Classic Car Auctions, said: “It seems mad to enter a car with no reserve but it gets people interested. You can always buy the car yourself if you think it’s going for too little – it’s a great fail-safe.”

Just how much the Peugeot will make is hard to work out. I’ve been following auctions over the past few years for 205 GTIs and some have made impressive money. But then it all depends on how the buyers on the day are feeling.

Brewer added: “Classic cars are hard to price as it really depends on the buyers in the room. If someone really wants your car they’ll be prepared to pay for it and if there’s a bidding war it can push the price up.

“I’ll be interested to see what it goes for.”

Ahead of the sale on Saturday, I’m busy preparing the GTI. I’ve had a fresh MOT added to it and a little bit of work to get it fettled so she’s running sweetly.

I’m giving it a full valet at the auction site too, including a machine polish, so it really stands out in the sale, and have packed all the history neatly into a folder, including the two magazines whose covers it has graced and the book in which it featured.

I’m hoping all this care and attention will go down well with the buyers – but I’ll have to wait until the weekend to find out for sure… or I could be driving the car back home with me.