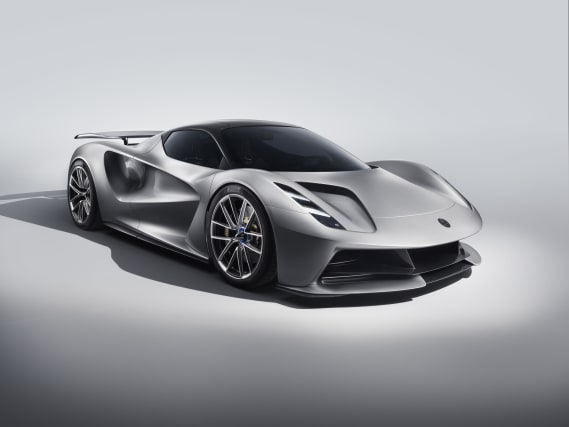 Lotus has revealed its highly anticipated all-electric hypercar with some bold claims about it being “the world’s most powerful series production road car”.

It’s called Evija – pronounced Eh-vi-ya – which means ‘the first in existence’, giving a nod to the fact that this model marks a new chapter in the British sports car maker’s history.

The headline performance figures are ‘targeted’ at 2,000bhp and 1,200Nm of torque, with a 0-60mph time of less than three seconds and a top speed in excess of 200mph.

Evidence of the what powers the Evija isn’t yet available, but Lotus is developing it with Williams Advanced Engineering, the team behind the powertrains in the all-electric Formula E motorsport series.

Lotus says the motor and battery systems will be the “lightest, most energy dense electric power package ever fitted to a road car”. The Evija is targeting an overall weight of just 1,680kg, which would make it impressively light for an electric vehicle.

To achieve this, the Evija will be the first Lotus to have a full carbon-fibre monocoque, and the lightweight material is also used for the bodywork and single-piece chassis.

Aerodynamic efficiency is also key, with striking Venturi tunnels that channel air from the front and sides of the car through the bodywork at the rear.

It also features active aerodynamics, with the rear spoiler elevating from its flush position to increase downforce or reduce drag when required.

Lotus has stated that the Evija is predicted to manage 250 miles between charges, taking 12 minutes to get to 80 per cent from empty on a 350kW charger, the highest-capacity charger available right now. However, Lotus claims it will be capable of accepting a charge of up to 800kW, which will future proof it for when faster systems are released.

Lotus Cars CEO Phil Popham said: “The Lotus Evija is a car like no other. It will re-establish our brand in the hearts and minds of sports car fans and on the global automotive stage. It will also pave the way for further visionary models.”

“This is another amazing moment in the history of our company. The Evija is a true Lotus in every sense – it has been developed with an unwavering passion to push boundaries, to explore new ways of thinking and to apply ground-breaking technologies.”