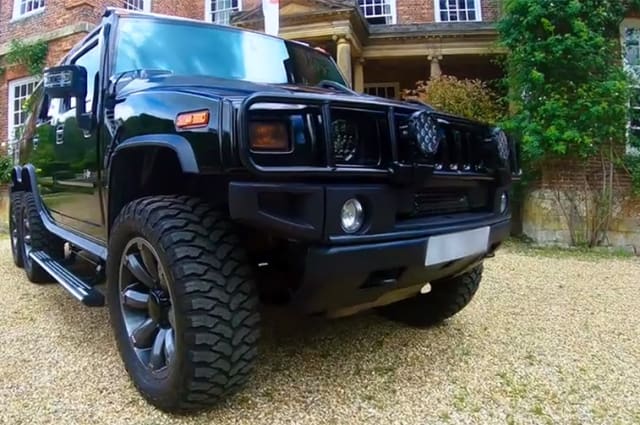 Car enthusiast Niall Seymour is the proud owner of a seven-foot wide, six-wheeled Hummer SUVT – the first and only one of its kind in the world.

The one-off custom build started as a 2006 four-wheeled Hummer SUV, but in 2017 was combined with a SUT Truck bed to create a six-wheel pick-up version.

It weighs in at a whopping 3.5 tonnes, is six-metres long and over two-metres tall.

The Londoner spent over 10 months working on his Hummer before he could get it on the road.

So now, he says, he drives it everywhere – even a quick trip to the shops!

You can take a closer look at the monster of a vehicle in the video above.