Long-term report: A troubled start to life for our new Audi A6 Avant 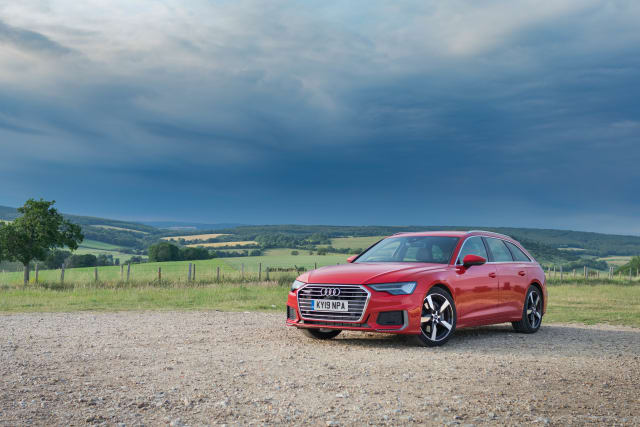 If you’re looking for a handsome executive car with lots of space and lots of kit that’s also dripping in badge appeal, the Audi A6 is a pretty good bet.

I probably wasn’t alone, therefore, in looking forward to the arrival of KY19 NPA. It was to be run by our editor, James Baggott, who would swap out of the Volvo V90 T8 he’d been driving for the best part of six months for what is essentially the Swede’s better-established rival.

However, one month into our time with the Audi and James is still in his Volvo with absolutely no interest in swapping into the German. The keys have been thrown my way with the task of getting my head around just why one automatic gearbox issue in what should be a highly sought-after machine has left the whole editorial team rather cold.

We’ll do a deep dive into the specifics of our test car at a later date, because there are more pressing matters to discuss. But let’s just have a quick overview of some positives.

Firstly, boy, does this thing look good. We’ve got the Audi A6 Avant, which means it’s the estate version. I’d argue it actually looks better than the saloon, and when you add in that extra practicality it seems like the no-brainer choice.

The interior’s lovely, with high-quality leather upholstery and some of the best infotainment screens in the business. This is the 50 TDI, which means we’ve got a 3.0-litre turbo-diesel engine under the bonnet making 282bhp and getting anywhere between 38 and 42mpg, which is encouraging.

Positivity out of the way, let’s get into the nitty gritty of what’s gone wrong here. Over to James: “The Audi had a dreadful lag on the gearbox – so much so it felt dangerous. Now, I’m used to Audi gearboxes having a slight delay, but this was profound.

“Put your foot down to accelerate away from a junction or roundabout and it would hunt for a gear, often for nearly three seconds, which doesn’t sound much but when you’re going for a gap feels like an eternity.

“I sent it back to Audi to be checked over. It just didn’t feel right. Their engineers reset the software and gave it the once over, but three weeks later it returned and was much the same. Apparently, Audi gearboxes ‘learn’ your driving style and you had to give it time. By this point I’d lost confidence in it and gave it up. Maybe it was my driving style, but I doubt that – I just didn’t feel comfortable in a car with such a delay in response.”

Now, I agree, three seconds doesn’t sound like much, but when you’re slowing for a roundabout, spot a gap, put your foot down, and simply roll out of the junction before the gearbox finally kicks into life, three seconds really does feel like an eternity.

The bit about the gearbox ‘learning’ your driving style is interesting. But I’m inclined to chuck that in the marketing rubbish bin. All it needs to learn is that when I press the pedal on the right, I want to move forwards.

There’s so much to love about this Audi. The way it looks, the way the interior makes you feel, the ease with which it swallows miles. And when the gearbox is playing ball, that diesel engine makes this one damn quick estate.

But that gearbox is a constant source of frustration. This has been something of an Audi – and VW Group – issue for a while. And yet, people keep buying them, and keep going back. After a week of A6 custody, I can kind of understand why.

After my first impressions of driving it I can’t believe I’m about to say this, but I’ve started to care less and less about the gearbox. Or, at least, overlook its foibles. Once you know how it behaves you start to instinctively drive around its dim-wittedness – I bet a year of driving it every day and you’d forget it was ever an issue.

Don’t get me wrong, in a product like this – specced here to more than £60,000 – with such capable rivals, the fact you should have to learn to drive around it is unforgivable. But because of all those positives above, I can also understand why people do forgive it.

Time will tell if gearbox grumbles become a distant memory, or if fellow team members share my forgiving nature. I hope they don’t, because I’m even annoyed at myself for letting the A6 off easily…