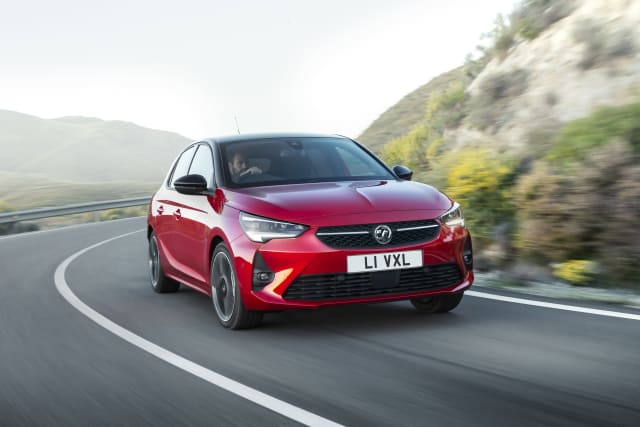 Vauxhall has revealed details of petrol and diesel powertrains for its all-new Vauxhall Corsa, following on from the reveal of the all-electric Corsa-e last month.

From launch, two petrol units and one diesel will be offered for the supermini. Kicking off the former’s range is a 1.2-litre three-cylinder unit producing 74bhp that’s sent through a five-speed manual gearbox.

Up next is 99bhp turbocharged unit of equal capacity, lifted straight from French owner PSA Group’s catalogue, coupled to either a six-speed manual or eight-speed automatic gearbox. As for the sole diesel, that’s a 1.5-litre unit developing 99bhp and 250Nm of torque.

These internal combustion engines join the all-electric e-Corsa in the range, which features a 50kWh battery. Range is claimed at 211 miles, with charging from flat to 80 per cent said to take just 30 minutes on a rapid unit.

The new Corsa is the first model designed from the ground-up under Vauxhall’s PSA Group ownership, after it purchased the British firm (along with sister brand Opel) in 2017. It’s said to weigh 980kg — up to 108kg less than the previous car — despite retaining similar dimensions

Full specifications for the Corsa are yet to be confirmed, but Vauxhall has said equipment will include full LED headlights, Vauxhall Connect services and a 10-inch infotainment screen. No word yet on an arrival date for the new Vauxhall Corsa, but expect it to be in early 2020.