First drive: The new Renault Clio is leaps and bounds ahead of its predecessor 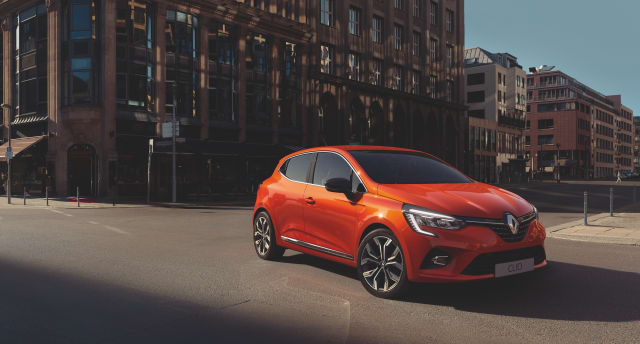 When it comes to household names, the Renault Clio is up there. Providing value for money to the masses for many years, it’s been the go-to option for those who want low running costs from their zero-frills compact hatch. In fact, it’s been around for 30 years.

Now, it’s time for a new one. The previous-generation Clio has started to show its age, which is why Renault has introduced this all-new version, built on a new platform and packing more technology and equipment than ever before. We’ve headed out to Lisbon to get behind the wheel and find out what this fresh new Clio is like.

One of the biggest changes on the new Clio is its utilisation of Renault’s scalable CMF-B platform, which, it claims, allows for better interior space as well as uprated safety levels. It also supports an electrified powertrain, and though one isn’t available yet, Renault states that a hybrid will be on the market in 2020.

And of course, the Clio is available with a range of all-new petrol engines, as well as a new diesel. A new R.S. Line trim has been added to the line-up of specifications too, giving buyers a sportier, more dynamic-looking option.

The new Clio is, in fact, a smaller car than the one it replaces – but Renault has worked hard to ensure interior space levels are better.

Our test car featured an all-new engine for the Clio, the 1.0 TCe 100. It’s a three-cylinder petrol designed with efficiency in mind, yet still produces 99bhp and 160Nm of torque. Renault claims that it’ll return 64mpg while emitting just 100g/km CO2.

Performance-wise, it’ll whip the Clio up to 60mph in 11.5 seconds, before allowing it to reach a top speed of 117mph. Here, power is sent to the front wheels via a five-speed gearbox – a six-speed is only available on the Blue dCi 85 diesel.

Though the performance statistics may not make the most impressive reading, they’re par for the course in the segment and, let’s remember, this is a car with efficiency in mind – not straight-line speed.

The Clio has historically been a bit of a multi-tool, adept both around town and on the open road too. We’d argue that this latest version has become even more accomplished in both areas than the car it replaces. The steering is light enough at slow speeds to make the car nimble, while on the motorway it’s impressively refined and quiet – the engine sits at well under 3,000rpm when travelling at 70mph, which will make longer journeys behind the wheel less of a chore. Noise from the engine is also impressively isolated from the cabin.

When things do get twisty, the Clio does well to give the driver something to be interested in. It’s not as involving as a Ford Fiesta, but it grips well and deals with corners with minimal fuss. The five-speed gearbox isn’t the most pleasant to use, however, feeling a touch notchy at times. The 1.0-litre engine in our test car, meanwhile, remains well muted even under harder acceleration. It’s not a powerful powerplant, that’s for sure, and can feel a touch breathy at times, but it gets the Clio up to speed in a respectable enough time.

This new Clio is a decent evolution over the previous generation. The newly-designed headlights and taillights give it a sleeker appearance, while a variety of chrome accents help to give it a more premium look.

It looks best in livelier colours, which help the Clio to stand out a bit. It’s certainly not a groundbreaking look over the car it replaces – and in truth, the main profile of the car remains quite similar – but it’s enough of a refresh to keep the Clio in line with rivals. We just wish they’d shaken things up a little more.

It’s in the cabin where things have been changed the most. The new infotainment screen (the upgraded 9.3-inch unit in our test car) dominates the interior, and it’s a huge step up over the older system in terms of ease-of-use and overall functionality. In fact, the cabin itself is just a monumental leap forward compared to the old Clio.

You can tell that Renault has pushed hard to increase the overall quality of the Clio’s cabin too. Premium plastics have been used throughout, and a knurled effect has been applied to often-touched areas like the window switches and steering-wheel-mounted stalks. We’d argue that the audio controls – still located on another stalk behind the wheel – could do with being migrated somewhere more useful. It was tricky to use on the old Clio, and it’s still unintuitive on this new car.

The new Clio benefits from a raft of new equipment. The standard infotainment offering is centred around a seven-inch screen housing media and satellite navigation functions, as well as Apple CarPlay and Android Auto. Upgraded systems get a larger 9.3-inch screen instead.

The way the screen is controlled has been changed over the old Clio too. Using what Renault calls a ‘smartphone-inspired’ system, it’s been simplified to make it far easier to use. It’s a 4G connected service too, which means it’ll consistently update to ensure that the latest version is installed.

Full LED headlights are now standard across the range, while the rear lights incorporate a distinctive 3D effect to make them more striking and more visible, too.

Prices for the new Clio are yet to be announced, but Renault says that the range will kick off at £14,500. This ‘Intensa’ spec that we’re testing here will be equivalent to middle-ground ‘Iconic’ trim when it arrives in the UK, according to the manufacturer.

The old Clio needed vastly updating as a myriad of capable rivals came to market. Fortunately, this latest model more than lives up to the challenge, thanks to its refined drive and upmarket cabin. We’d argue that the exterior design could have been a little more radical over the old one, but save for that this is a well-accomplished hatchback, with grown-up driving characteristics befitting cars twice its size. The new turbocharged 1.0-litre is a great addition to the range, too, toeing the line between efficiency and performance well.