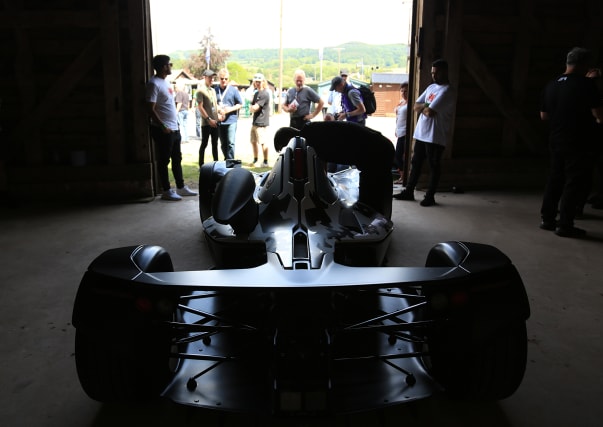 BAC has given a glimpse of its updated Mono single-seater road car, ahead of the vehicle’s full reveal at the Goodwood Festival of Speed next month.

Liverpool-based Briggs Automotive Company (BAC) launched the original Mono back in 2011, and it proved hugely popular thanks to its huge performance and racecar-like driving experience.

Neill Briggs, BAC co-founder and director of product development, said: “It’s been an incredible and truly humbling journey since we launched Mono back in 2011, and now it’s time to turn the dials up a notch.

“We did our first prototype testing at the Shelsley Walsh hillclimb and blew our class away – a good sign of things to come. See you at the Goodwood Festival of Speed; let the countdown begin.”

The current Mono is powered by a Ford-sourced 2.5-litre four-cylinder engine with 296bhp, and has broken five worldwide production car lap records.

The new Mono promises to be more powerful and even more drive-focused. Though the pictures released don’t reveal all that much, a new air intake mounted behind the driver can be seen – perhaps an indication towards the car’s increased performance levels.