The best new cars for summer 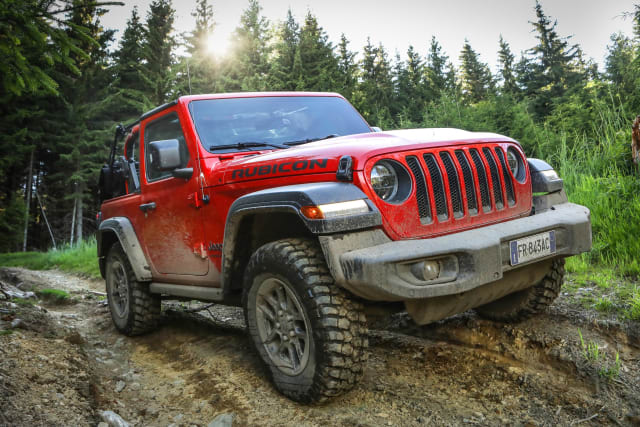 Summer is nearly here, and with it brings longer days, warmer evenings and (sometimes in the UK) slightly drier weather. Fortunately enough, there’s a wide variety of cars currently on the market which make the most of the summertime weather – and we’ve picked out some of the best.

So drop the roof, put the sunglasses on and head out – these are some of the ideal cars for summer on sale today.

The previous generation Z4 went down a storm with buyers, and now there’s an all-new one. With it brings a sharper interior, a more engaging driving experience and – unlike the metal-roofed car it replaces – a canvas hood.

We’d argue that the new dials on the Z4 are a drawback – they’re complicated and difficult to read – but elsewhere the BMW ticks the boxes. It’s also just as much fun with the roof down as it is up, so it’s ideal for the changeable British weather.

With the British summer somewhat unpredictable, a sunny day out to the forest could soon become a very wet and muddy one — and that’s where the Suzuki Jimny’s off-road capability comes in handy.

Its ability to go anywhere can make a nice, dry summer green laning session fun — and easy to manage should the weather turn. It’s also a dead cool thing to look at, and will fit in well at any hip seaside day out.

Mazda’s MX-5 epitomises value-for-money yet good-fun motoring. The latest version is one of the best to drive yet, and since it’s been around a little while now, a new one doesn’t have to cost the earth.

There’s also the RF (Retractable Fastback) version available, which incorporates a folding metal hardtop. It gives you a little more protection from the elements if things do go south.

The Jeep Wrangler is one of the least road-focused cars on this list – but it’s no less ideal for summertime driving. Why, I hear you ask? Well, the latest generation of Wrangler incorporates a feature which was well-loved on the car it replaces, and that’s the removable roof.

It means you can transform the Wrangler from a full-on hardtop into a pseudo-convertible, with as much open-air space as you could possibly want.

Ask anyone for their dream American road trip car, and we’d be willing to put money on them replying with a convertible Ford Mustang. Fortunately though, you don’t have to fly Stateside to enjoy this pony these days, with Ford selling the muscle car in droves here in the UK too. It still packs the same style and choice of a raucous V8 engine as it does in its homeland, only here with the ability to drive it through Derby if you so wish.

Buying a track-focus, spartan sports car is quite the commitment. After all, in the winter, autumn and spring months, the weather is rarely dry or warm enough to really make the most of it.

But, if you’re willing to wait for the summer, those three or four days of sunshine just make result in the best driving experience of your life if you choose to invest in an Ariel Atom. It’s a car that will leave you exposed to the elements, but also delivers an incredibly engaging drive. On a dry, clear road, it’s hard to think of a better car.

The Caterham Seven is a car which follows in a similar vein to the Ariel, albeit with a smidgen more creature comforts. The one we’d opt for is the 420; it uses a 2.0-litre petrol engine and gives the Seven supercar-beating performance, but it’s not as razor-edged as the more powerful 620.

You can also have it with heated seats, which may go against Caterham’s lightweight philosophy, but will no doubt be a welcome feature when there’s a nip in the summertime air.

Hyundai left Volkswagen reeling after it revealed its Golf GTI-rivalling i30N hatchback. Now, it’s expanding on things with the i30N Fastback – a four-door version of the performance hatch. We’d argue it’s one of the best handling cars of its type, and it’ll swallow up any b-road you can throw in its direction.

But it’s practical too, with a big boot and plenty of interior space. A car for all occasions, you could say, but it’ll make a summer’s day that little bit sweeter.

If you’re looking for a big-budget, high-performance drop top, few can compare to the McLaren 720S Spider. The coupe is already a stunning assault on the senses, but chop the roof off and that turns up to 11 thanks to unfiltered engine to that ballistic V8 just behind your head.

What makes the 720S so appealing, though, is just how useable it is every day. Despite the fact it has over 700bhp fed to the rear wheels and a cockpit slung so low you feel like your backside is scraping along the tarmac, it rides nicely and is easy to drive as most normal hatchbacks.

Flick to sport or track mode, though, and it comes alive, meaning you can leave everything in your dust on that country road while still enjoying the sun on your skin.