Families of teens killed by drink-driver call for tougher sentences

A drink-driver who struck and killed three teenagers on their way to a birthday party has been sentenced to 13 years in jail – but the families of the boys killed believe he should be given life imprisonment.

Jaynesh Chudasama, 28, plunged into Harry Rice, George Wilkinson and Josh McGuinness, aged 17, 16 and 16 as they made their way to a friend's 16th birthday party in Hayes, West London. The court heard that Chudasama was more than two and a half times over the legal drink-driving limit and was doing 71mph on a 60mph road.

The car hire worker was also found with traces of cannabis in his system. He crashed into the boys so hard that they were thrown into the air, and angry relatives of the victims labelled him a 'coward' for attempting to flee the scene. 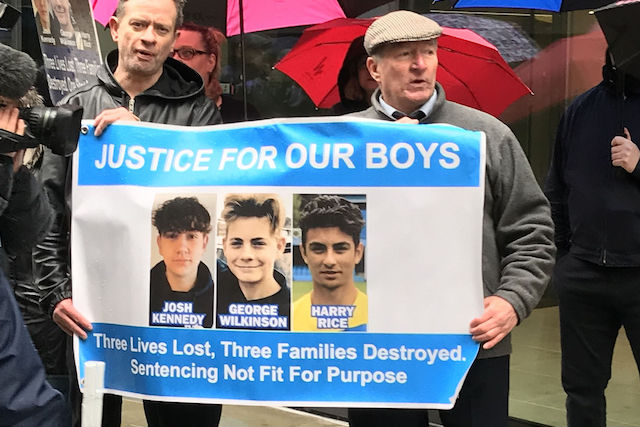 Judge Wendy Joseph, sentencing, said: "It is obvious that nothing any court can do can measure the loss of Josh, Harry and George for the obvious reason that their loss is immeasurable."

Chudasama (pictured below) was sentenced to 13 years in jail – one year fewer than the maximum allowable for causing death by dangerous driving, but the families of the deceased think he should be handed a longer sentence. 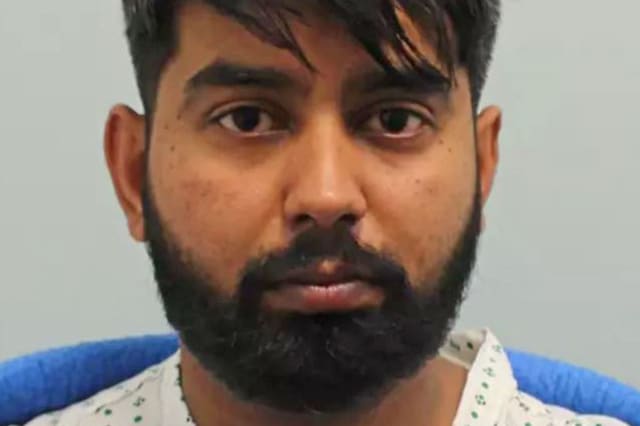 The victim's parents said that the 13-year term was 'an insult to the lives of their children.'

Outside court, Harry's brother Matthew Rice (pictured below) said: "I'm protesting because my brother was ruthlessly taken away with his two friends by a callous driver who got in a car knowing he was going to drive the vehicle under the influence.

"He should not see the light of day, end of story." 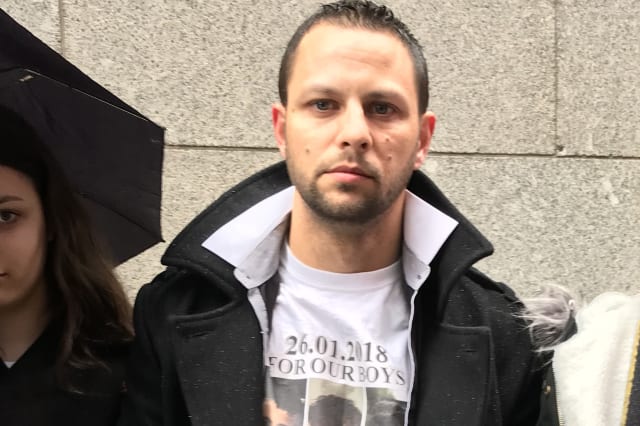 In mitigation, Leila Gaskin, defending, said Chudasama would be "racked by guilt and remorse" for the rest of his life.