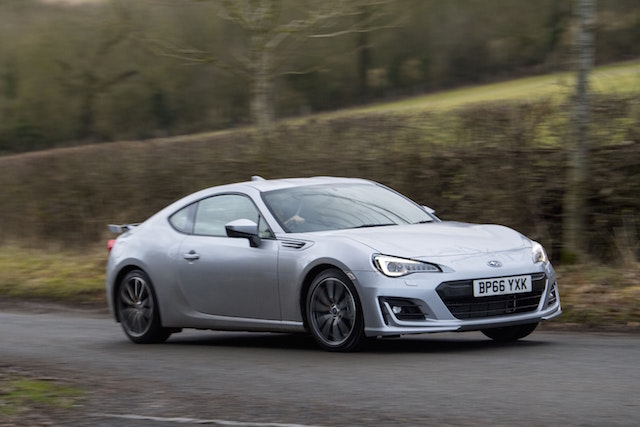 Subaru's BRZ is somewhat of a unicorn – the only rear-wheel drive, sporty offering in its range. AOL Cars gets behind the wheel of the recently facelifted model to see if it's as good as its rivals

The Subaru BRZ has been around for a while now, but recently benefitted from a facelift – along with its platform sibling, the Toyota GT86.

Though the basic formula remains the same – rear wheel drive, a front-mounted flat-four engine and not too much power – the nip and tuck plus revised styling will be a way to keep this aging machine relevant on the market.

Since its introduction in 2012, the BRZ has become known as a car for real enthusiasts, with its credentials as a daily driver compromised but its ability to thrill on a back road virtually unmatched at this price.

Don't expect a revolution – the facelift brings mainly aesthetic changes, though some do penetrate further than the bodywork. The engine, for example, gains new cylinder blocks, rocker arms and a revised camshaft. These tweaks are aimed at improving fuel economy and drivability, though sadly for us it doesn't bring any increase in power.

The 2.0-litre four-cylinder boxer engine remains broadly the same as the unit found in the BRZ since launch, and here it's paired to the same six-speed manual gearbox. It produces 197bhp and 205Nm of torque, which together make for a 0-60 sprint of 7.4 seconds and a top speed of 140mph. Not a slouch then, but these are figures being challenged every day by hot hatchbacks – enthusiasts continue to cry out for more power from the sporty-looking BRZ.

Despite the comparatively low power output, the BRZ's engine is a joy to use at high revs. A surprising amount of punch is delivered with a deep metallic roar unique to boxer engines, while the six-speed manual gearbox is wonderfully crisp.

While the raw driving fun is intoxicating, the BRZ does fall down at slower speeds. At low revs, the engine lacks punch due to that low torque figure, making town driving needlessly tiring.

On a twisting B-road, very few cars are as fun as the Subaru BRZ. Direct steering, well-tuned suspension and a perfect driving position mean it's easy to balance through the corners. Grip is still an issue, thanks to the car's narrow tyres, but that's part of the fun – running the car up to its limit at relatively low speeds means you remain pretty safe even at the edge of the car's grip.

Sadly, the BRZ isn't as accomplished as a town cruiser. Weighty controls – especially the clutch – make it heavy to control in stop-start traffic, and poor visibility, a low-set driving position and large turning circle mean it's not ideal in narrow streets.

Road Test: Subaru BRZ
Up Next

The BRZ was never a bad-looking car – a sleek body, compact platform and classic proportions all add up to a pleasing package. The facelift certainly does nothing to harm this. The newly aggressive front fascia and contemporary front and rear lights freshen things up without looking like lipstick on a pig.

It's still far from subtle, however. The rear is especially antisocial, with a huge twin exhaust and new rear wing. It's also available in the legendary WR Blue Mica paint colour, made famous by the brand's rally cars.

Oh dear. The interior is perhaps the BRZ's biggest downfall – cast your mind back to budget Japanese cars of the 1990s and you won't be too far removed. It's clear that cabin quality has been sacrificed to keep the BRZ built down to a price, but the hard plastics and low quality materials still grate.

The steering wheel and gearshift, though perfectly positioned for an ideal driving position, feel plasticky, and knobs and switches are poorly positioned and feel cheap.

Not everything's bad. The Alcantara front seats are excellent – though the rear bench is strictly for children – and boot space is a decent 243 litres.

This last item sounds better than it is, though. It's an aftermarket Alpine system, with a cramped interface and poor quality screen. Sat-nav is a pricey £1,250 option.

The Subaru BRZ remains a brilliant driving machine. It's one of the most involving cars on the market, especially at its comparatively cheap price point.

A lack of low-end torque, heavy controls and a bargain-basement interior may still grate if you're using this as a daily driver in a congested city. But save the BRZ for good times on good roads, and you'll adore it.