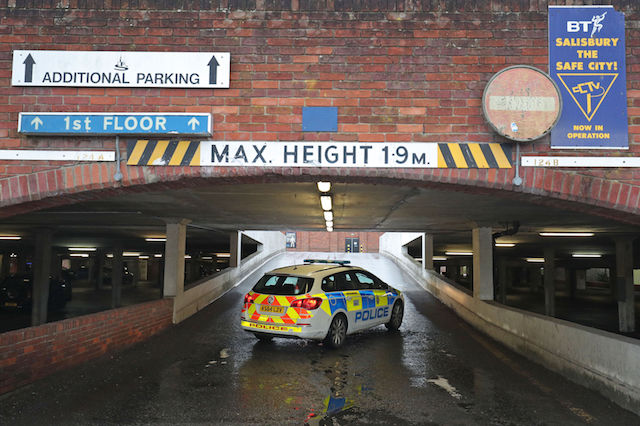 Wiltshire Council has suspended all parking charges in Salisbury, to encourage shoppers to return to the city.

Local businesses have reported a drop in visitor numbers following a major incident in the city earlier in the month. Former Russian intelligence agent Sergei Skripal and his daughter Yulia were found suffering from the effects of a nerve agent known as A232 Novichok after a visit to the town's shops. Twenty-one other people, including members of the emergency services, were also found to have been affected, although as yet the incident has not resulted in any deaths.

See also: Theresa May fist-bumps a fan on Salisbury walkabout

The investigation into the poisoning is still ongoing, and police say it may continue for several months. More than 400 statements, 800 items and 4,000 hours of CCTV have been gathered and are still being examined.

John Glen, the member of parliament for Salisbury: "Over the past two weeks, I have visited many retailers and constituents in Salisbury's city centre, and retailers have told me that they need more support during current challenging conditions.

"I have been making the case to Wiltshire Council over the past few days that we needed to make all their car parks free of charge to boost footfall. I'm very pleased they have taken this step and we need to do everything we can to help Salisbury bounce back as soon as possible. Salisbury is very much open and keen to see visitors from London!"

Baroness Scott OBE, leader of Wiltshire Council, said: "We know people are rightly concerned about Salisbury, and it is important we encourage residents and visitors to enjoy our beautiful and historic city and to promote that it is very much business as usual.

"We are working diligently with local and national agencies and the local MP John Glen to support the local community and businesses. We recognise that providing free car parking will help to increase the number of visitors and shopper footfall in the city centre."