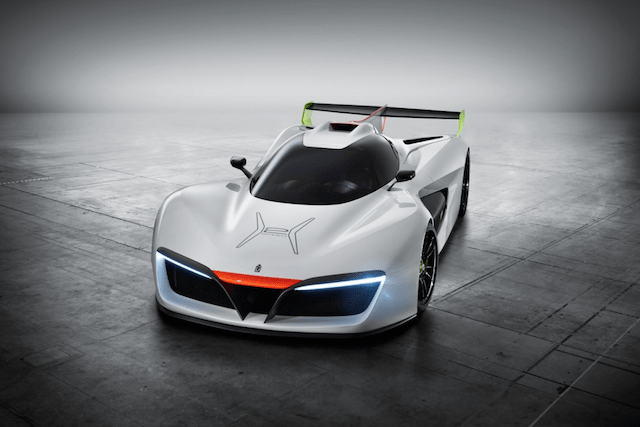 Famed Italian automotive designer Pininfarina is set to launch as a fully fledged vehicle manufacturer, with a range of premium high-performance vehicles.

The first to head to production is the H2 Speed, a hydrogen fuel cell car demonstrated at the Geneva International Motor Show in 2016 and recently revealed in production forum. Although limited to just 12 examples, the 653hp track-only car will be the first to wear the Pininfarina name outside of coachbuilt concept cars.

Thanks to an initial investment of around £70m from Mahindra, the Indian parent company which also owns SsangYong Motors, Pininfarina will then produce road cars, with plans for four models over the next five years.

Pininfarina to produce electric supercar
Up Next

Three of the four planned cars will likely be SUVs, with the largest set to rival vehicles like the Bentley Bentayga and Lamborghini Urus.

However, its other vehicle is set to be an all-electric hypercar. Using technology developed in conjunction with Mahindra's Formula E racing team, it should have enough power to rival some of the fastest cars currently in production. The vehicle should enter production in 2020.

SEE ALSO: Williams shows off platform for electric supercars of the future

Pininfarina already has experience of manufacturing cars, building many of the designs it created for other manufacturers. These include a number of Alfa Romeo, Lancia and Ferrari models, but also the Peugeot 406 Coupe and Ford Focus Coupe Cabriolet.

According to company chairman Paolo Pininfarina, the plan to produce its own cars is the realisation of the dream of both the company's founder, Battista Farina, and his son and successor, Sergio Pininfarina – Paolo's father.