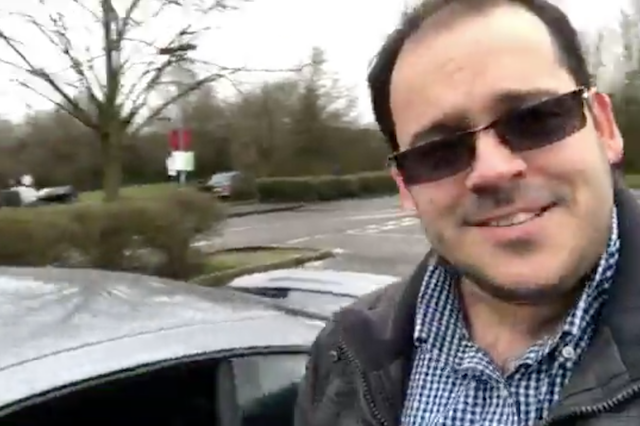 The RAC breakdown recovery service has apologised after it left a stranded driver waiting almost a whole day for his car to be recovered.

Andrew Warner phoned for assistance after his Porsche 911 sprung a radiator leak while travelling round the M25. He was forced to pull into Clacket Lane services at around 6pm on Saturday.

The company phoned Warner back at 8:30pm, saying they would let him know when a patrol was on its way. Almost six hours later, no contact had been made, so Warner phoned once more at 2am.

Unbelievably, the RAC said it would not be able to get a patrol out until 8am the following morning. He was told to check into a hotel and wait for recovery the next morning. He recorded his ordeal by posting videos to his Facebook page.

Warner waited at 8am for the vehicle to arrive, but received a phone call saying the truck wouldn't be there for another two hours. Despite this, it was 2:30pm before the recovery vehicle finally arrived – over 20 hours after he first contacted the service.

But his trials did not end there, as the RAC deposited him at Lakeside services, 20 miles away – and still 30 miles from his own home.

Warner was eventually delivered back to his home 23 hours after first calling the RAC.

Commenting on the videos he posted on Facebook, Warner said: "I'm home! And it only took 23 hours. Well done RAC, that has to be a record for 50 miles."

The RAC blamed 'a series of errors' for the waiting time. It said that there was "much more it could have done to improve our communication" but that Mr Warner's experience was "not indicative of its usual high standard of service."