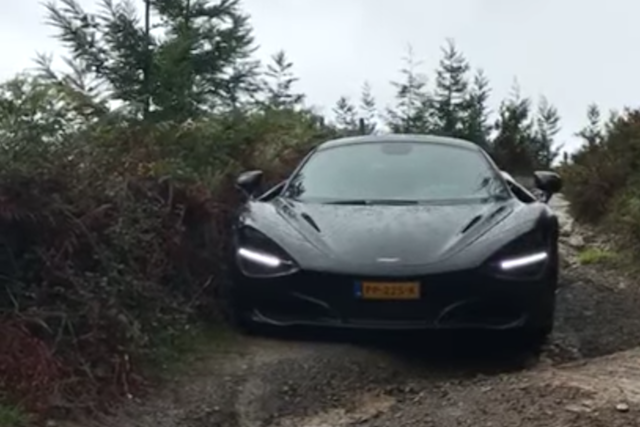 British manufacturers know a thing or two about going off-road – just think of the Land Rover Defender, the Range Rover or the insane Ariel Nomad. But supercar manufacturer McLaren might have another feather in its cap, after the owner of one of its 720S models was filmed driving down a treacherous dirt track.

Miraculously, the low-slung supercar, which has just inches of ground clearance managed to negotiate the rutted surface without becoming stuck or grounding out. It first negotiated a deep ditch, before pushing right to the edge of the road to avoid an uneven patch which would have undoubtedly caused trouble.

SEE ALSO: McLaren BP23 will be the firm's fastest model yet

The video is ambitiously titled 'Better than Range Rover?" to which the answer is an unequivocal 'No'. However, owners of other supercars may be buoyed by the demonstration of what their cars are capable of.

Despite the 720S' lack of four-wheel drive (something which rivals from Lamborghini boast) it seems to make the most of McLaren's bespoke ProActive Chassis Control suspension system. This allows for more suspension travel than some other supercars, and likely aids the car's progress over uneven surfaces.