Three-seat McLaren BP23 set to be firm's fastest yet 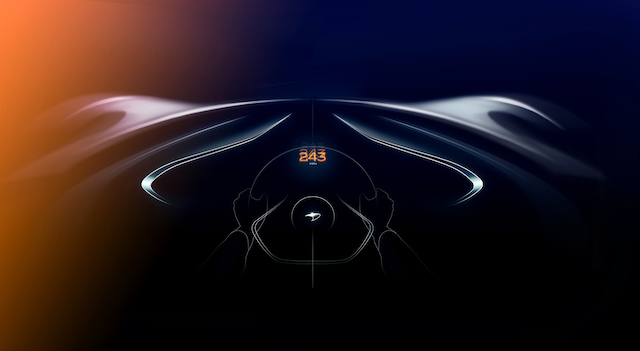 The McLaren F1 has been the British manufacturer's fastest car with a 243mph top speed since its introduction in 1992 — but now, 26 years later, that looks set to change.

This is the BP23 — or rather, some concept sketches of it. The under-development 'Hyper-GT' will follow on from the F1 as the second three-seater from McLaren and will have a top speed of "over 243mph".

Unlike the legendary 90s car, which had a naturally-aspirated V12 engine, BP23 will have a petrol-electric hybrid drivetrain — full details of which have yet to be revealed.

Just 106 examples of the BP23 will be made, although that's not the name the final car will carry. The production version will have a yet-to-be-revealed moniker that's unlike the firm's regular production cars with alphanumerical designations. Only one other McLaren has had this honour — the recently-revealed Senna hypercar.

Before you start checking your pockets for the £1.6 million pound needed to purchase this 'Hyper-GT', all have been sold already. We'll see the full production machine later this year.