Drivers could face fines for passing too close to cyclists 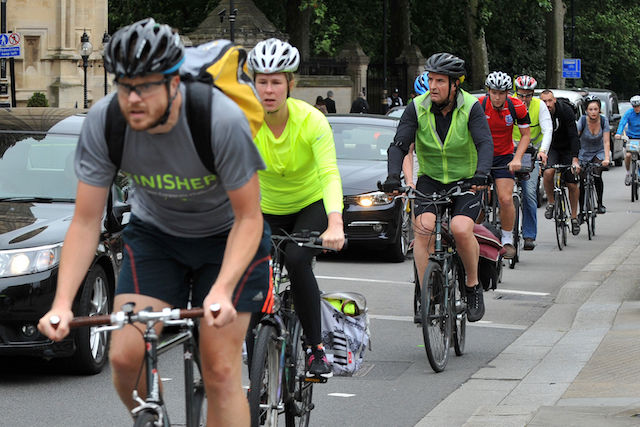 A review by the Department for Transport into safety measures surrounding cyclists could see a mandatory overtaking distance introduced, in a bid to reduce injuries and prevent intimidating behaviour by car and van drivers.

Currently the Highway Code does not stipulate a passing distance, simply instructing motorists to give cyclists "plenty of room" when overtaking. Many countries have introduced mandatory gaps of one metre, rising to one and a half metres on local roads. It's likely any minimum distance imposed in the UK would be similar to this.

The review by the Department for Transport will also seek to protect cyclists in other ways. These include possible penalties for drivers who ignore advances stop lines for cyclists at junctions, and could also set legislation to crack down on so-called car dooring, where motorists swing open their doors without looking and hit passing cyclists.

The review comes after figures showed that 102 cyclists were killed on British roads in 2016. It will invite ideas from campaign groups, with a government response expected by the end of August.

Jesse Norman, transport minister, said: "We need to become a nation of cyclists and this government wants to make cycling the natural choice of transport for people of all ages and backgrounds."