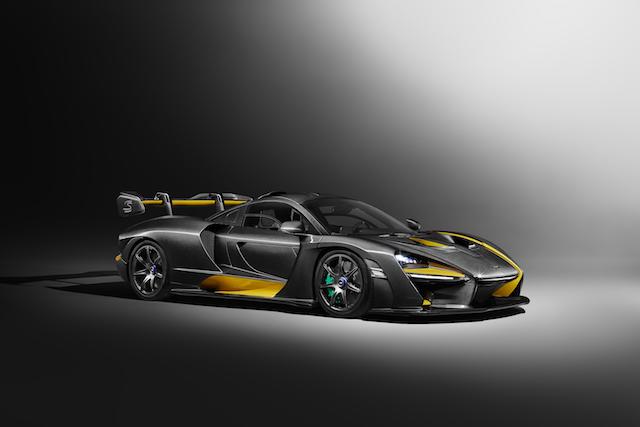 First, McLaren gave us the Senna hypercar. Then, it showed us an alternate colour along with some more performance details and now, just a week before the Geneva Motor Show, it's shown us a new special edition — because clearly, we haven't seen enough of the car already.

So, what's so special about this? Well, it's all in the livery. It's inspired by the racing helmet of the man who gave name to the car itself — three-time Formula One world champion Ayrton Senna. The result is plenty of exposed carbon fibre bodywork complimented by flashes of yellow, with blue lug nuts on the wheels and green brake callipers finishing the look.

It continues to the cabin, where lucky owners will find green door struts and stitching on the Alcantara seats and door inserts. A yellow centre band is also present on the steering wheel, while Senna 'S' logos appear around the car — just so you know exactly what it is.


McLaren has also revealed a dealer-fit wheel option for the Senna made by MSO. The seven-spoke alloys weigh a total of 30kg lighter than the standard units, for those wanting that little extra performance from their already-uncompromised hypercar.

Want one? Well, as well as coughing up at least £750,000 for the car itself, you'll have to fork out an extra £300,000 for this theme or any similar. Oh, and you can't get it, as all the cars have already sold. At least you can gawp over it at this year's Geneva Motor Show, taking place from March 8-18....
Tags
Read Full Story