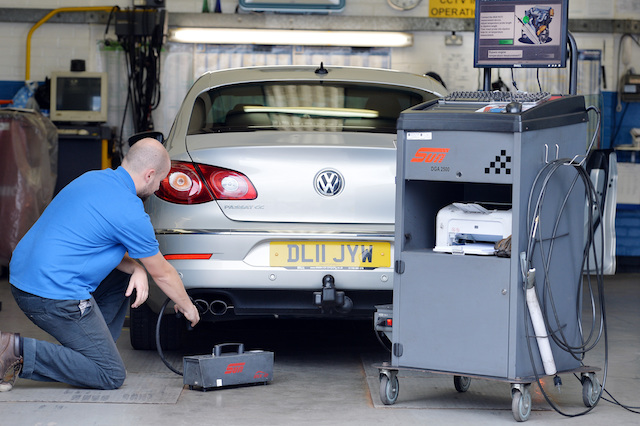 Three years ago, in March 2015, the British public purchased an all-time high of 492,774 vehicles. All of those cars are now coming up to the date of their first MOT test – a requirement once they reach three years old – leading garages to warn of potential backlogs as they work through the vast number of cars that require testing.

The massive figure was the highest since August 1998, and if all cars conform to their legally mandated MOT testing schedule then garages could face a vast influx of cars, potentially overwhelming them.

The problem isn't just linked to March 2015, though. Analysis of new car registrations over the last 13 years shows that a disproportionately high number of all vehicles are registered in March, as buyers scramble to make the most of deals before the annual switch to a new number plate suffix.

Auto repair centre Kwik Fit admitted it sees a greater demand for MOT appointments at this time of year, with the March buying trend doubling the average monthly MOT demand.

Roger Griggs, communications director at Kwik Fit, said: "March is always a peak month for MOTs, but this year it will be busier than ever as the record breaking new car sales of 2015 feed through.

"Our research has shown that many drivers tend to leave their MOT to the last minute but this can be a particular problem in March when all testing centres get very busy.

"Some owners don't realise that they can have their car tested up to a month before their MOT expires and still keep the same anniversary, which helps to avoid a last minute panic.

"While thinking about the MOT it's also worth remembering that maintenance is not just an annual activity – we should all be checking our cars regularly throughout the year."

It's not all bad news, though. March could see a massive influx of 3-year-old used cars hitting the market. Kwik Fit predicts at least 389,000 vehicles will go on sale over the next few weeks, as private finance deals and fleet lease periods come to an end. You could potentially pick up a major bargain.