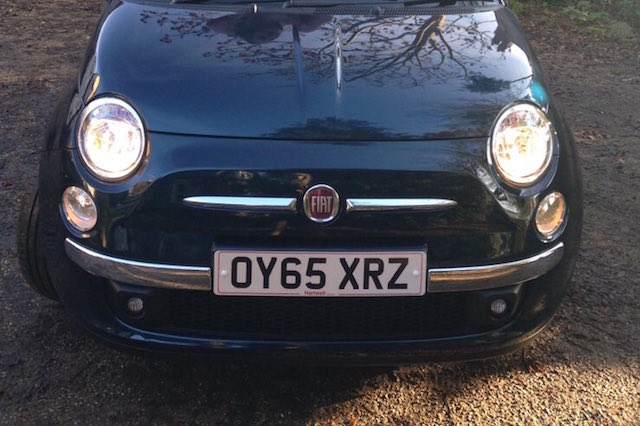 A training Team GB Paralympian has had her car stolen from Manchester city centre, with thieves stealing her prosthetic leg that was inside the car.

Rosie Bancroft, 23, has been left devastated after her 2015 Fiat 500C convertible was stolen on Saturday night. The Team GB Paralympic swimming hopeful used the car to travel to and from training sessions at the Manchester Aquatics Centre.

Rosie is a zoology student at the University of Manchester, but discovered on Sunday that she had her Fiat 500C stolen on Saturday night after her handbag had been taken from her house on Upper Brook Street, Manchester.

The car had her prosthetic leg inside that she uses for sports, while the car had been adapted for her because she was born without her lower right leg, and requires the sports prosthetic leg for training.

She hopes that the car isn't too far way, because its adaptions might mean that the driver would not be able to drive it long distances. She said: "We're hoping they didn't get very far driving far and that it's somewhere in Manchester City Centre."

Rosie tweeted and shared a photo urging followers to retweet the post, and currently has over 2,000 shares. She is appealing for any information for anyone who may have seen her car OY65XRZ.

Please RT!! My car with my running prosthetic leg in has been stolen. Anyone in Manchester City centre sees it pls let us know @MENnewsdesk pic.twitter.com/eHfNyAGRPq

Along with the car, her bank cards and passport were also stolen with the handbag.

She told the Manchester Evening News: "My car had my prosthetic leg in. I have got one that I was wearing at the time, but the one in the car was for sport. It has taken months to get that fitted and to wear it in.

"It's such a special thing for me. Nobody is going to have a use for that apart from me."

Rosie has been in training with Team GB for the past three years and is hoping to compete in Tokyo in 2020.