Guide to the 2018 Formula One cars 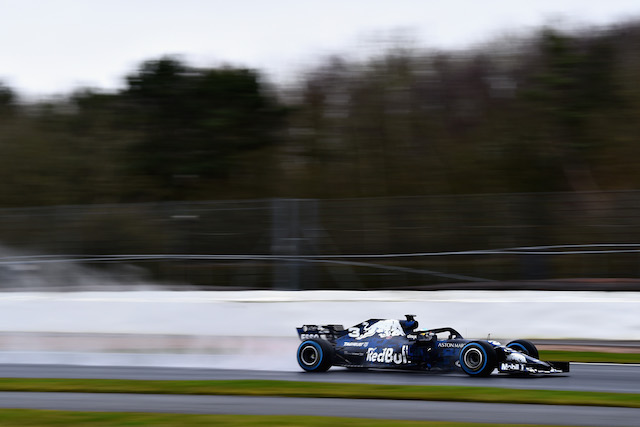 The Formula One season gets underway in just under a month, with the Australian Grand Prix weekend starting on March 22 – which means it's that time of the year when the teams unveil their challengers.

Following on from last year's big regulation changes, the main difference to every chassis is the addition of the Halo head protection system – which has arguably made all the cars look less attractive.

But for F1 fans, this time of the year is always exciting as they get to see all the new models they'll be seeing on track this season during the 21 races.

The first pre-season test starts on February 26 at the Circuit de Catalunya in Barcelona, and here are the cars that will be there...

Following another disappointing season for the Swiss outfit last year, Sauber has taken on a new title sponsor which marks the return of a legendary F1 name.

With Alfa Romeo coming in for 2018, Sauber continues its partnership with the Fiat Chrysler Group, which owns engine suppliers Ferrari, by providing the Italian brand as the main sponsor. With that comes what is arguably the best livery on the grid, with a truly stunning white, red and blue paint job.

Alfa Romeo Sauber C37
Up Next

The team has even added aerodynamic detailing to the halo to improve air flow over the top of the car, meaning that the additional bit of bodywork doesn't disrupt the aero too much. Swede Marcus Ericsson and Monegasque newcomer Charles LeClerc will take control of the Ferrari-powered machine for the 2018 season.

Although the full 2018 car is yet to be revealed, Red Bull gave us the delight of showing the RB14 with a camouflage livery that looked truly brilliant. The special dark blue look will only be used once, but fans were fawning over it.

The team – now with the Aston Martin title sponsor – will return to the standard dark blue, red and yellow livery for the 2018 season, and to the naked eye few changes have been made apart from the reduction of the shark fin engine cover concept – which has been clamped down upon by the FIA.

Daniel Ricciardo and Max Verstappen will be hoping to bring the Austrian team back to the front of the grid – as the team hasn't properly challenged for the world title since 2013 – and with a design ethos that has always meant that the cars are always great aerodynamically, the hope is that the TAG Heuer-badged Renault powertrain will offer the grunt to compare with the Mercedes-powered teams – especially the Mercedes-AMG works team.

As the first car to be revealed this year, the Haas VF-18 gave us the first glimpse of how F1 cars would cope with the addition of the halo. It didn't fill many fans with hope, but the car overall is a solid effort by the American team.

Incorporating the red, white, grey and black colours found on the first two Haas F1 chassis, the new version will again be powered by a Ferrari unit and run with the Italian manufacturer's technology. Logically then, team boss Gene Haas has set sights on the Scuderia – but the aerodynamic department has a lot of work to do to catch up with Ferrari's package.

As with last year, Dane Kevin Magnussen and Frenchman Romain Grosjean will be at the wheel, with both looking to move Haas forward from the back of the midfield, where it has spent its first two seasons.

The McLaren name is synonymous with success, but can you believe the Woking outfit hasn't won a grand prix since 2012? Following a rocky relationship with Honda, the MCL33 now has a Renault power unit in the back – which is more reliable than the Japanese setup to say the least.

The most striking thing about this year's car is the Papaya orange livery, which made a return last season, but is now back in full force. Using the Indianapolis 500 car that Fernando Alonso drove in 2017 as a base design, the orange is flanked with some tasteful blue detailing that makes for a great-looking package.

With the fairly bare livery due to limited sponsorship space, this is a proper throwback and Spaniard Alonso is joined by sophomore Stoffel Vandoorne for the second consecutive season.

Apart from a few livery alterations and the addition of the carbon-fibre halo, there isn't much change on the Mercedes-AMG effort, but what do you expect from a team that has won four constructors' titles in a row?

Although the Brackley-based outfit has said it is 'much-improved' over the W08, even Lewis Hamilton has said the W09 is more of 'sister car' than an all-new effort. Fitted with the grid's best and most reliable power unit, the Mercedes works outfit has said it has improved it even further, so it could be another long year for its rivals.

Mercedes-AMG W09 Formula One Car
Up Next

Finn Valtteri Bottas joins defending world champion Hamilton for the second season straight, with Mercedes looking for a fifth straight year of driver and constructor success. If last year is anything to go by and how Mercedes has always continued to develop its cars, then this could be another triumphant year.

After leaking the image of its car during a filming day, Toro Rosso officially unveiled its STR13 on the first day of testing in Barcelona. After having Renault power last season, it has switched to Honda power to keep the Japanese engine manufacturer on the grid after it cut ties with McLaren.

The livery of this year's car is very similar to last season and that is no bad thing – as the metallic blue, red and silver look is one of the best on the grid. With last season being a year of development, the Faenza-based outfit wants to improve on its seventh-placed finish in the constructors' championship last year.

We've notched up 50 laps! A great start to the morning session 💪#F1Testing pic.twitter.com/3dKS6kHOEi

Chopping and changing was the name of the game when it came to the driver line-up last year, so the drivers who finished the season remain. Pierre Gasly and Brendon Hartley are looking to maintain their standing in the sport as they look to prove themselves for the senior Red Bull Team.

Following a much-improved 2017 compared to its poor 2016 return to the grid, Renault is looking to take its works team further up the grid with the excellent-looking R.S.18. Compared to a bumblebee for obvious reasons, the yellow and black livery certainly stands out.

One issue for the works team is that Renault now supplies engines to two top class outfits – Red Bull and McLaren – but with a bit more aero development, Renault could be challenging for podiums.

After poaching him from the Red Bull driver programme in the latter part of last season, Spaniard Carlos Sainz is joined by German and F1 stalwart Nico Hulkenburg – who is in his third season with the French team and has the unwanted record of the most race starts in Formula One without a win.

Sahara Force India
After a season of positivity, growth and much improved performance, the Silverstone-based Force India team is looking to maintain its place as the best of the midfield teams with its bright pink VJM11.

The Pink Panthers are back 💕@ForceIndiaF1 unveil the #VJM11 in Barcelona #Unleash2018 pic.twitter.com/6MeSDG2ZtJ

With its second season in the 'Pink Panther' livery, Force India arguably had the best season of the whole 2017 grid in terms of performance, as – despite the two drivers squabbling throughout the year – it went from being a consistent midfield finisher to one that was challenging for podium finishes.

For the first time in 2018... OFF WE GO!@NMazepin takes the VJM11 and it feels like we've never been away! #PinkRedefined pic.twitter.com/016A37klK7

Mexican Sergio Perez and France's Esteban Ocon remain at the team for this season, and if both can stay out of each other's way and stop clashing on track, maybe Force India could begin to challenge Red Bull and get on the coat tails of the top three.

The Italian outfit were the closest challengers to Mercedes last season, but following an awful run at a crucial part of the season the Maranello-based team came up short. The SF71H is looking to banish the demons of last season with an unsurprising all-red look covering it.

The new look isn't solely down to the new paint job, as this Ferrari is more aggressive than its predecessor and includes plenty of new aerodynamic tweaks to help close the gap even further on the Mercedes team.

Scuderia Ferrari SF71H Formula One Car
Up Next


Last season's runner-up and four-time world champion Sebastian Vettel will again be looking to push Lewis Hamilton all the way, with Finn and fan favourite Kimi Raikkonen joining him in the Scuderia's paddock. With improvements to reliability and power unit performance, the Ferrari could potentially be a worthy challenger for Mercedes yet again.

Following a renaissance in performance during the mid-2010s, Williams has fallen away from the sharp-end of the grid in the last couple of seasons – which for F1 fans with long memories is a real shame.

For the fourth year in a row, the Martini-trimmed white livery remains with little changes and the FW41 looks incredibly similar to previous efforts – apart from the addition of the halo device.

Despite getting a podium at the European Grand Prix in Azerbaijan thanks to Canadian rookie Lance Stroll, last season was a disappointment for the Oxfordshire-based team. The team has brought in rookie Sergey Sirotkin alongside Stroll for the youngest driver pairing on the grid, but the main story is the return of Polish driver Robert Kubica who – after a rallying accident that stopped his F1 career in its back in 2009 – will be the team's reserve driver.