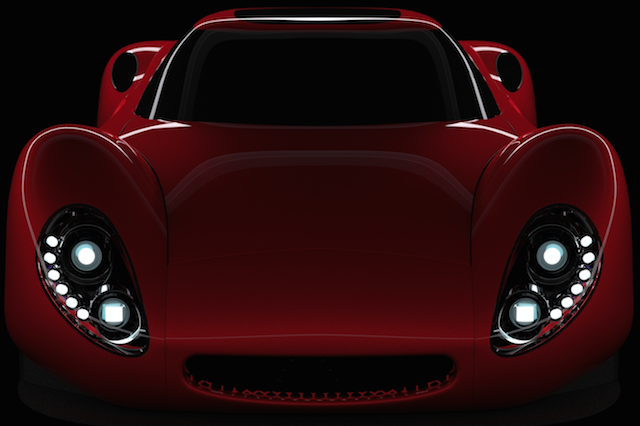 The race to build the first ever 300mph production road car has some pretty big hitters. Koenigsegg is leading the way, having set a 278mph average speed on its official timed runs. Bugatti's Chiron has yet to show what it can do, due to tyre limitations caused by its weight. US manufacturer Hennessey claims its Venom F5 could hit the mark, but hasn't put it to the test yet.

There's a new name in the mix though: Corbellati.

It's not a familiar name to the car world. The Corbellati family is better known for its jewellry, art and design expertise, but it has cast its line into automotive production. It's due to unveil its first car, the Corbellati Missile, at the 2018 Geneva Motor Show in March.

The preview images of the Missile show a vehicle very reminiscent of 1960s Le Mans racers, particularly the Ferrari 330 P4. It's around 50cm longer than that classic though, coming in at 4.67m long, and more than 2m wide.

But you don't set a 300mph top speed with looks alone. You need plenty of horsepower, and the Missile has a lot of it. The car's engine is a nine litre, twin turbocharged V8, which would make it the largest capacity engine in a production road car. It's good for a claimed 1,800hp, and around 1730lbft of torque. It drives a regular six-speed manual gearbox and all of that power goes to the rear wheels alone.

To avoid the same troubles as the Bugatti Chiron and keep the weight down, Corbellati will use a full carbon fibre chassis, with hand-made carbon fibre body panels. It also fits air suspension and carbon-ceramic brakes.

With a jeweller's eye for detail, Corbellati claims it has spend months calculating the aerodynamics in order to get the necessary downforce with minimal drag required to be the fastest car in the world. Their official top speed target is 500km/h, or just over 310mph.