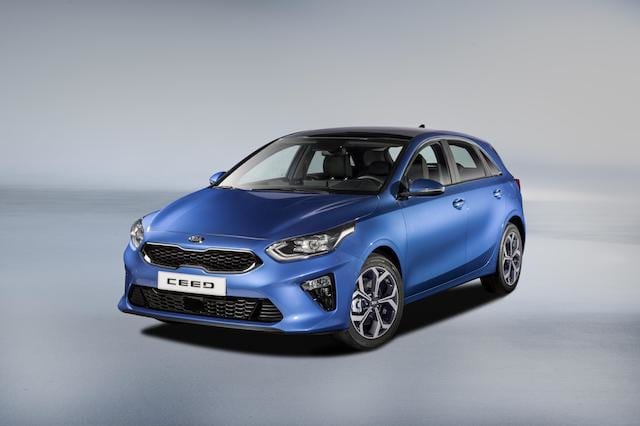 The Kia Cee'd is dead – long live the Kia Ceed. The Korean family hatchback has undergone a makeover for its third generation, and though it drops the oddly-placed apostrophe of the first two cars, it's an improvement in just about every other way.

Kia is keen to stress that the Ceed is designed and built in Europe for a European market – and the brand has a good history of tuning its UK-market cars to cope with our twisting roads and appallingly surfaced tarmac.

New Kia Ceed revealed ahead of Geneva debut
Up Next

The new Ceed sets its sights firmly on big sellers such as the Volkswagen Golf and Ford Focus, and will go on public display at the Geneva Motor Show, taking place from March 8-18 – further proving Kia's commitment to the UK market.

Longer and wider than the old Cee'd, the new car has a sportier look thanks to sharper edges and simpler lines. The company's corporate 'tiger nose' grille sits at the front, with characteristic 'ice cube' daytime running lights flanking a lower air intake.

The launch model debuts with some rather snazzy alloy wheels and in a shade of deep blue, marking it out as rather more interesting than the previous model and furthering the sporty outlook.

Inside, the design is typically Kia, though the company claims quality levels have been improved. There's also plenty of equipment, with Bluetooth, keyless entry and automatic lights all as standard. A new Lane Following Assist system will allow the car to autonomously control the steering, brakes and accelerator on the motorway, as well as being capable of changing lanes on its own.

The range will include fashionable turbocharged petrol engines, including the latest version of Kia's 1.0-litre T-GDI unit producing 118bhp. The range will also include 98bhp and 140bhp 1.4-litre petrols, and a 1.6-litre diesel with 113bhp or 134bhp. A six-speed manual gearbox will be standard across the range, with a seven-speed dual-clutch 'box available on all but the two basic petrol engines.

The new Ceed will go on sale in the summer. Kia has not yet confirmed prices, but we'd anticipate little change over the outgoing model – which started at just over £15,000.