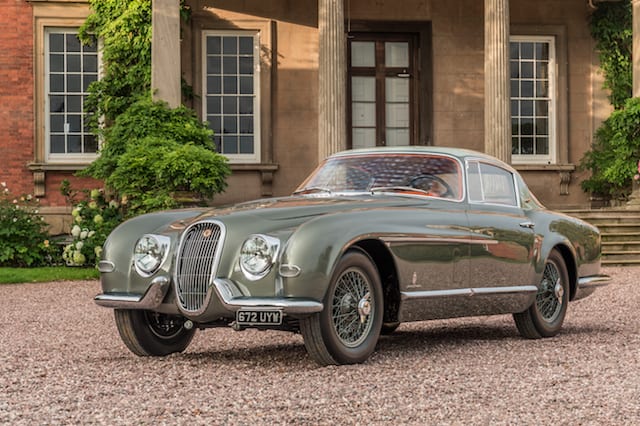 An immaculately finished and totally unique Jaguar XK120 will take centre stage at the London Classic Car Show, in its first UK outing since the gruelling restoration project that brought it back from the grave.

A 6,725-hour restoration process turned the car from a rotting husk into a gleaming motorcar, returning it to the sleek lines of its youth. It's a total one-off car, too – the only Jaguar XK120 to be bodied by Italian coachbuilder Pininfarina. The stylist was tasked to 'reinterpret the shapes of the XK' before it first went on display at the 1955 Geneva Motor Show.

Nigel Woodward is the managing director of Classic Motor Cars (CMC), which performed the restoration. He said: "The car's life is a bit of a mystery as there is not much information about its whereabouts after it was last seen in 1955. CMC purchased it in 2015 from a German gentleman who had bought it in the USA in 1978 with the intention of restoring it, but never got around to it. We took on the challenge of restoring it and an epic 6,725-hour journey then began."

CMC made use of cutting-edge technology to recommission the Jaguar from its sorry condition. Very little original paint remained, but CMC was able to scan a tiny chip discovered when the front screen was removed and recreate the stunning light racing green.

The leather was again scanned from a tiny remaining amount, while the door cards were recreated after looking at similar Pininfarina designs from the period. Even 3D scanning technology was used, to determine the rear window aperture and make a new rear screen from the scan data.

The car will take centre stage on CMC's stand at the London Classic Car Show, held in London's ExCel centre on February 15-18. Woodward said: "We are excited to be bringing this rare Jaguar to the capital. The car is no stranger to being the centre of attention. It turned heads when it was unveiled at the 1955 Geneva Motor Show, at its second unveiling at Pebble Beach and we are confident it will do the same six decades later at the London Classic Car Show."