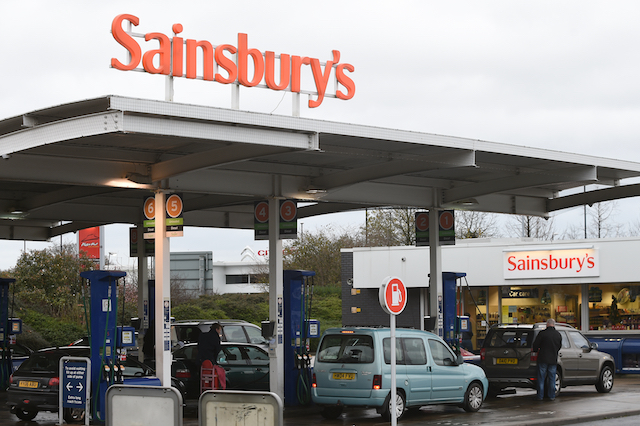 Three major supermarkets have announced a cut to the price of petrol and diesel, encouraging drivers to fill up ahead of their half-term break. Asda, Sainsbury's and Morrisons have cut the price of their fuel by up to 2p per litre across their UK forecourts.

Asda confirmed that the cost of unleaded petrol and diesel fuels would be lowered by 2p per litre 'with immediate effect'. Morrisons announced prices would drop by 'up to' 2p per litre across the country.

The reductions mean that the price for a litre of petrol at Asda stations has dropped to 118.7p, while diesel is just 1p higher at 119.7p.

These price cuts follow a fall in the price of oil. RAC fuel spokesman Simon Williams said: "The falling price of oil has paved the way for these latest forecourt fuel cuts. This is due to the United States reaching record highs in crude oil production and a glut of fuel in storage when demand is lower, together with the North Sea's largest oil pipeline coming back online after being closed for repairs since December."

After calling for the cuts earlier last week, the RAC was delighted at the announcement. "After three months of petrol and diesel going up it's a relief to see prices at the pumps finally coming down again just in time for half-term when more people will be taking to the roads.

"This should spark a chain reaction with the other supermarkets and fuel retailers across the country."

The price of oil rose steadily in the latter half of 2017 with the Organisation of Petroleum Exporting Countries (Opec) restricting supply. Prices have now gone into reverse with US oil production skyrocketing.