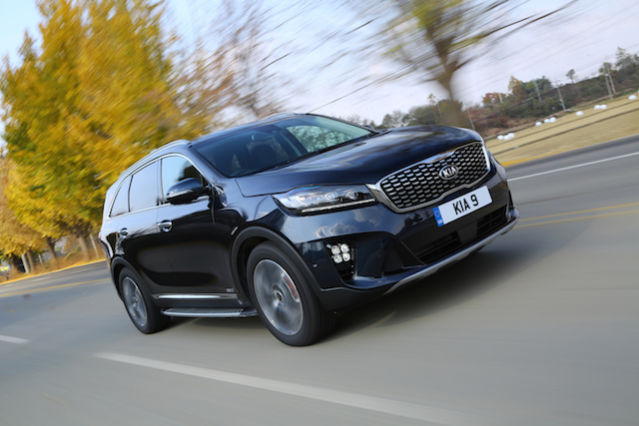 With car buyers relentlessly rushing into SUVs and off-roaders comes the slow but sure death of the seven-seat MPV. But for some families, having those extra two chairs in the rear is a total deal-breaker. These cars prove that you can transport the whole family and keep the rugged looks, off-road ability and imperious driving position that an SUV offers.

For most of these cars, the sixth and seventh seats aren't really intended as permanent benches. Though some are plenty capacious enough for adults, most are best only for occasional use – with limited legroom and poor access. What they offer instead is the versatility of knowing that you can transport those extra people – usually kids – if you're in a pinch.

We've rounded up ten of the best seven-seat SUVs you can buy today.

Top 10 seven-seat SUVs
Up Next

This was the first all-new car from the reborn Volvo after it was purchased by Chinese company Geely, and it set the scene for all the models that would following. Debuting a bold new design language inside and out, it looks fantastic – very slick and Scandinavian – but has the substance to back up those looks.

It's great to drive, super-comfortable and very spacious inside. It's also packed with technology, including class-leading safety kit that makes it one of the most reassuring vehicles you could choose to transport your family in.

If your budget won't stretch to a premium-badged SUV, but you still need seven seats and occasional off-road ability, the Kodiaq could be the car for you.

Fitted with a range of engines and interior kit from the mighty VW Group parts bin, it's far from being a hodge-podge. In fact, it's decent to drive, feels impressively solid inside and is a great-value offering. 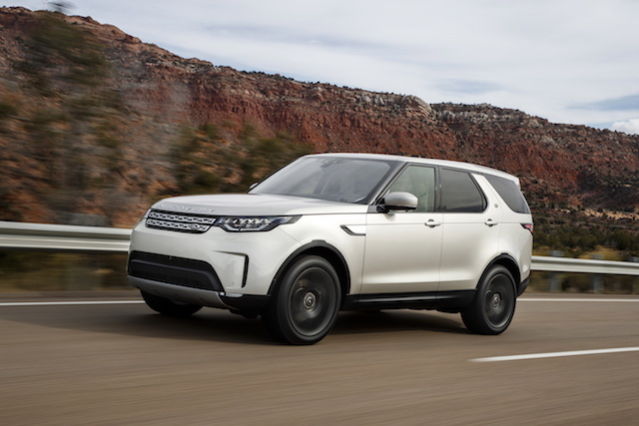 The Discovery is, for some, the seven-seat SUV. It's one of very few that's capable of carrying seven full-sized adults in considerable comfort – plus, with stacked 'theatre' seating, even the rearmost occupants get a good view out.

The Land Rover is also incredibly capable off-road. In fact, it will take just about any condition in its stride, with a 900mm wading depth and Land Rover's Terrain Response system. It's also incredibly comfortable on-road, and considerably more efficient than its predecessor.

The fact that Bentley pinched this car's underpinnings for its £160,000 Bentayga SUV should speak volumes about how accomplished it is. Though you can have the Q7 with a firebreathing V8 diesel, we think it's at its best in more modest 3.0-litre V6 diesel form.

The Q7 rides well, is dynamically capable and incredibly refined. It also has a great interior, built beautifully from top-notch materials.

This car is a particular favourite with the caravanning community, thanks to a high kerbweight and large towing limit which make it ideal for pulling a big tourer. It's also a great family bus, too, with seven spacious seats and a surprisingly premium interior.

The best news for private buyers is that Kia continues to offer a market-leading seven-year warranty on all of its cars, so owning a Sorento should be a pretty painless experience.

The Sport is by no means a poorer cousin to its full-sized Range Rover cousin – in fact, it's the only one of the two that offers seven seats. It's a hugely capable SUV and combines serious luxury with unbeaten off-road ability.

Opt for the fire-breathing SVR model and you'll have a car that can embarrass many a hot hatchback off the line. The traditional Range Rover downsides of running costs and reliability are still somewhat present – but if you can afford to run it, your family will love you for buying a Ranger Rover Sport. 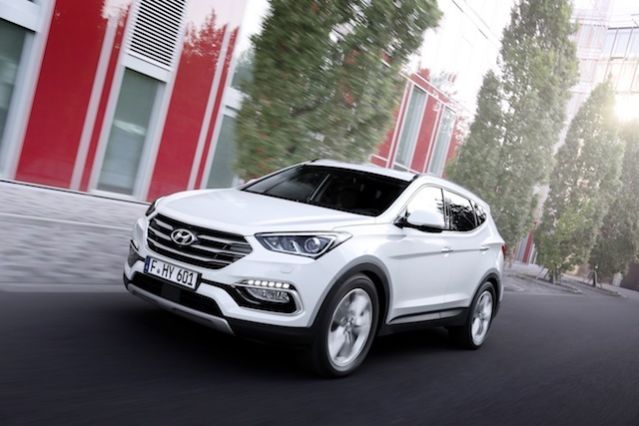 The Kia Sorento's cousin, the Santa Fe is virtually identical to its Korean brethren. That means a rugged body, plenty of space and a decent interior – plus a bargain price.

To our eyes, the Hyundai isn't quite as good-looking as the Sorento, and its five-year warranty isn't as generous either. But opting for either of these cars wouldn't be a poor choice.

We would have hesitated to recommend the previous Rexton to anybody, as it was an agricultural-feeling machine that was, frankly, awful to drive. The latest model is much improved, though.

It's much better to drive, far better-looking, and the interior quality is truly night and day. The new Rexton feels like a car you might consider on its own merits, and not just because it's a bargain.

This generation of BMW X5 is feeling a little long in the tooth, but it still has plenty to recommend it beyond just the BMW badge. It's still one of the best cars in its class to drive – upholding the brand's credentials as producers of "the ultimate driving machine".

It's also remarkably practical, even for such a big car – there's room for adults in the rear seats, and when they're folded down the boot is vast.

The reborn Peugeot offers several great cars, but the 5008 was a real surprise. Totally unrecognisable compared to the boxy MPV it inherits its name from, the 5008 offers a fantastic interior and composed drive on the road.

Despite the off-road image, the 5008 isn't currently available with four-wheel drive. That's a shame, but it's not a deal-breaker – most buyers will never tackle anything more challenging than an overflow car park. The 5008 hits back with a strong range of very efficient engines, plus lots of kit for the money. It's a sound choice.