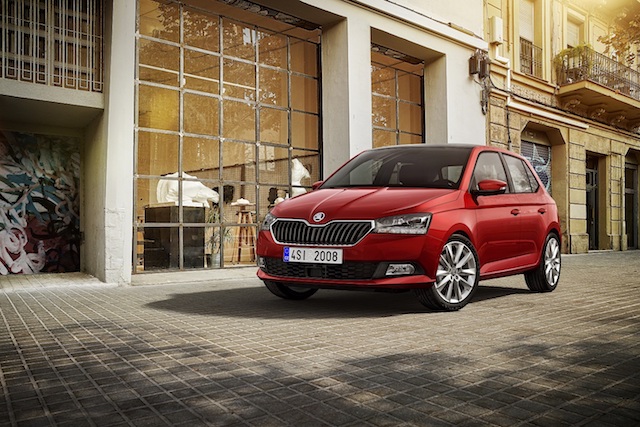 Skoda has shown off details of the latest version of its Fabia hatch, ahead of a full public airing at the Geneva Motor Show next month. The popular hatchback is now in its third generation, and this facelifted model aims to bring it into line with all-new cars in the segment, such as the Ford Fiesta and Seat Ibiza.

The latest Fabia has received a design refresh over the current, four-year-old model. The headlights have been slimmed down, while the grille is larger. The car's foglights, have been redesigned too. 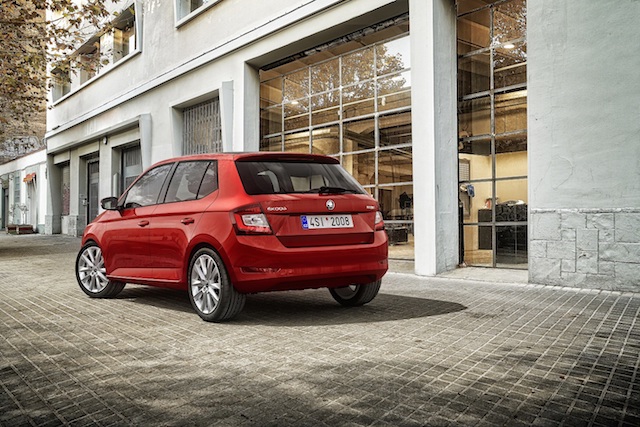 LED head and taillights are now on the options list, while those looking to up the style factor will be able to specify large, 18-inch alloy wheels.

The subtle exterior changes will be joined by an equally minor interior facelift. Skoda promises a redesigned instrument cluster, new trim strips on the dashboard and lively two-tone seats to brighten things up.

The biggest news on the powertrain front is the removal of diesel options altogether. While cars from sister brands VW and Seat include a 1.6-litre TDI diesel, the Skoda's range consists entirely of 1.0-litre petrols with power outputs ranging from 64bhp to 108bhp.

All engines are mated to manual gearboxes, with the exception of the most powerful which can be specced with a DSG automatic.

The car will make its public debut at the Geneva Motor Show, with UK sales set to start later in the year. Expect prices to remain similar to the outgoing model.