New drivers could face restrictions in a bid to reduce accidents 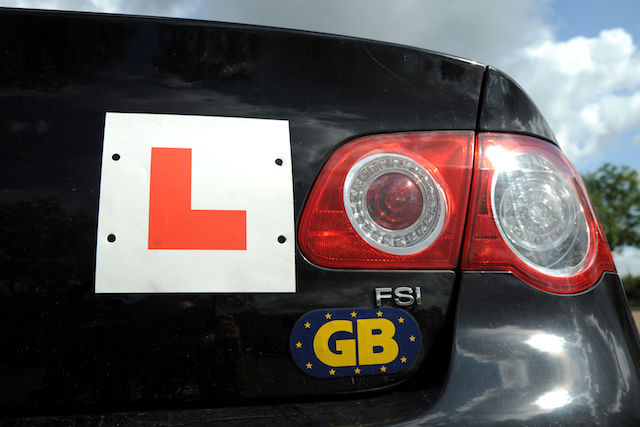 Learner drivers who have recently passed their test could soon face a 'graduated licence' scheme, after the Prime Minister announced she would approach the Department for Transport and ask for an investigation.

The move would see new drivers served with restrictions on where or when they can drive immediately after passing their tests. It would bring the UK into line with several other countries around the world. For example, motorists in Northern Ireland must display amber 'R' (restricted) plates on their vehicles for a year after passing their test, and must not exceed 45mph.

SEE ALSO: Driving instructors rally against changes to the test

Learner drivers in Australia, meanwhile, must complete 50 hours of supervised driving before they are granted a licence – and once granted they may only accrue three demerit points before having their right to drive revoked. In New Jersey, USA, new drivers are restricted from driving at night and with other teenagers as passengers.

The new scheme in the UK, if approved, would likely see a probationary period of one to two years imposed. During this period, drivers would not be permitted to drive at night or with more than one young passenger.

There would also be restrictions placed on engine size, and a lower drink-drive limit imposed.

Though Theresa May has asked the DfT to look into this, previous attempts to introduce a graduated licence scheme have been rejected. Ministers expressed concerns that it would prevent young people from getting jobs or damage their education prospects.

The call to introduce the scheme comes after figures were released showing that there were 400 deaths or serious injuries on British roads each year involving young drivers.

The Prime Minister said: "There are too many people who suffer a loss and tragedy at the hands of learner drivers and we will look at that."

The bid comes just after controversial changes were made to the practical driving test aimed at modernising it. Drivers are subjected to a new manoeuvre as well as a section of independent driving following instructions from a sat-nav. Supervised driving on motorways will also take place for the first time this year, although dates have yet to be set.