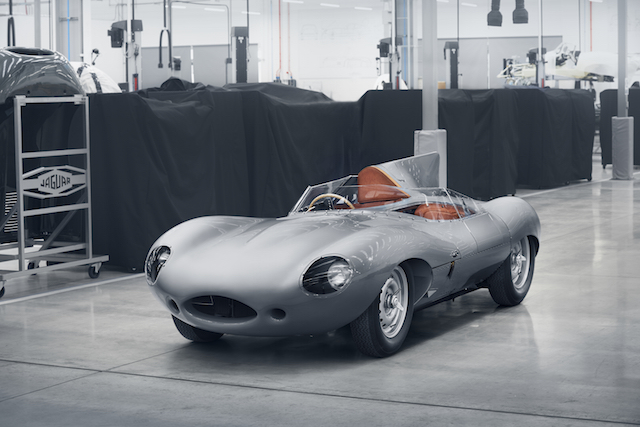 Jaguar has announced a new production run for its legendary D-Type race car that won the 24 Hours of Le Mans three times.

An engineering prototype of the 'new' D-Type will be showcased today (Wednesday) at the Paris Salon Retromobile show, and 25 further examples will be hand-built for customers at Jaguar Land Rover's Classic Works in Warwickshire, UK.

100 D-Types were scheduled for production when it debuted in 1954. However, only 75 were ever completed. This limited run of new cars represents the completion of that production target.

The D-Type follows on from two other authentic recreation projects from Jaguar Classic, both of which also set out to fulfil unfinished production runs. The first of those saw the completion of the six 'missing' Lightweight versions of the E-Types, and more recently, nine examples of the XKSS - which was itself based on the D-Type.

Kev Riches, Jaguar Classic's engineering manager, said: "Recreating the nine D-type-derived XKSSs was hugely satisfying, and an even bigger technical challenge than the six missing Lightweight E-types, but lessons learned from the XKSS project have given us a head start on the final 25 D-types. Each one will be absolutely correct, down to the very last detail, just as Jaguar's Competitions Department intended."

While the D-Type took victories all over the world, its most famous accomplishments came at the legendary Le Mans 24 Hours, where it took victory three times between 1955 and 1957.