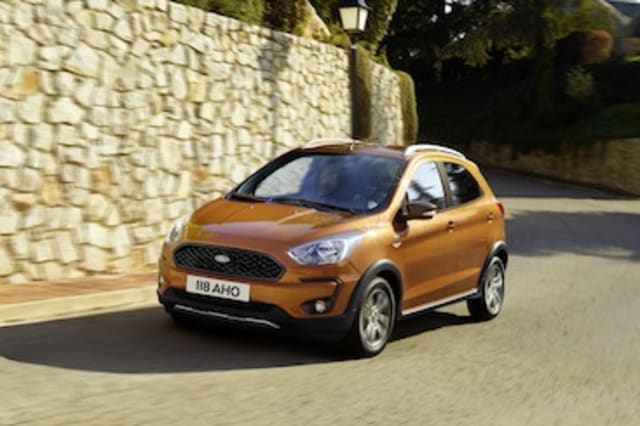 Ford's Ka+ has received its first set of major upgrades since the model launched in 2016. The new model line-up benefits from tweaked styling inside and out, more driver assistance technologies and, most notably, a crossover-inspired 'Active' model and a diesel engine.

The diesel powerplant is the first available on a Ka since the second-generation model of 2008, which was available with a Fiat-sourced 1.3-litre diesel. This new engine is a Ford unit, a version of the 1.5-litre TDCi that also appears in the Fiesta, Focus and EcoSport. It develops 94bhp and an ample 215Nm of torque.

Also available is an all-new three-cylinder petrol, offering the same displacement and power as its predecessor at 1.2-litres and either 69 or 84bhp.

Ford hasn't released official fuel economy figures for either of the new engines just yet, but a similarly specced Indian-market Ford Figo (the Ka+'s Asian equivalent) will achieve over 60mpg, while the old 1.2-litre 4cyl was good for 56.5mpg.

Of more interest to fashionable buyers will be the wannabe-SUV Active model. It's styled like a miniature crossover and is intended to compete with cars such as the Vauxhall Viva Rocks and Kia Picanto X-Line. It's more than just some body cladding, though – Ford says the Ka+ Active has a wider chassis, tweaked power steering and thicker front anti-roll bar.

It sits 23mm higher than its sister models, making for easier access in and out. To appeal to the active sorts, roof rails are standard, while 15-inch alloy wheels and optional 'Canyon Ridge' bronze paint are offered as options.

The Ka+ range will arrive in UK showrooms this summer, with prices starting at £10,795.