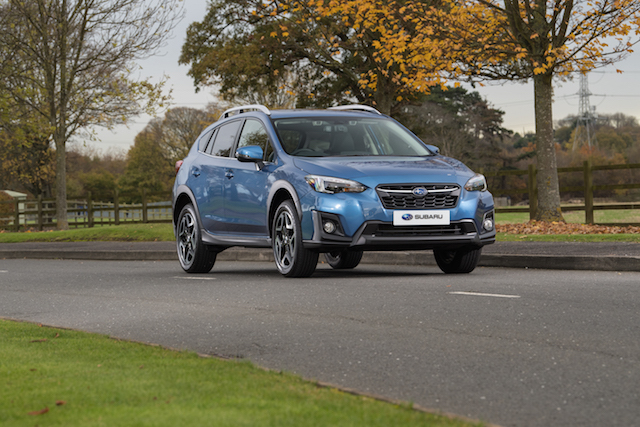 Subaru has updated its rugged all-wheel drive XV crossover to help keep it fresh in the congested SUV market. Does it have what it takes to stand out and appeal to buyers? AOL Cars gets behind the wheel to find out.

The XV is Subaru's rugged crossover – one which actually has the ability to go on the muddy stuff, unlike the vast majority of its rivals.

The XV first went on sale in 2012, but this is the first refresh it has had since. That said, Subaru describes it as having a "complete overhaul" from the previous version, which we are a little dubious about considering it doesn't look too dissimilar from the old version.

Subaru in recent years has appealed largely to country folk and farmers – minus the BRZ sports car – so it's hoping the new XV will appeal to younger drivers, albeit those still wanting a car with off-roading ability.

The new XV is built on a new platform for Subaru, which is said to improve safety, performance and its driving ability. The only other Subaru to use this platform so far is the Impreza.

A host of new safety kit is included on the XV as standard, including its new – and highly praised – safety assistance system, Eyesight. The tech uses two cameras that capture 3D images to map out the road ahead, significantly reducing the chance of an accident, or the impact of one.

The XV's interior and exterior have also been reworked, giving it a fresher and sportier look.

Subaru is offering two Boxer petrol engines on the XV – 1.6-litre and a 2.0-litre. Both engines are paired to a Lineartronic stepless CVT transmission, which sends power to all four wheels.

We got behind the wheel of the 2.0-litre, which had a good kick to it, although was let down by the CVT transmission which holds onto its revs for far too long.

Gearbox aside, though, the Boxer engine offers decent acceleration. Unfortunately, the fuel economy is truly woeful. Subaru claims it will return 40.9mpg on the combined cycle, which is disappointing in itself, but we struggled to even get 25mpg on our test route, which is terrible compared to rivals such as the Toyota C-HR and Mazda CX-3.

There is clearly a slight nod to Subaru's past with the XV's handling which is impressive, and the four-wheel drive provides plenty of traction, too. But it's a big step up from the old model.

It is also reassuring that the XV is good on the rough stuff. Appropriately named X-mode and Hill Descent Control make it great off road, even in boggy conditions. It's certainly one of a few crossovers that can truly perform off tarmac.

X-Mode is also now standard, and takes control of the engine, transmission, AWD, brakes and more. While many buyers will only use these features infrequently, it's certainly good to know that they're there if needed.

Subaru XV road test
Up Next

Subaru has not radically changed the look of the new XV, but the 2018 car is certainly more striking to look at compared with the old model.

The Japanese car manufacturer says it is trying to appeal to younger buyers with the look, a and it does look that way with a new face. Sharper edges, a lower nose and sleek rectangular headlights are part of this revamp.

The overall shape is also much squarer than the old version, and it is not as curved as the old model. It's still not the most exciting car to look at, though, if we're honest.

Inside it is very family-friendly with lots of cubby holes, good rear legroom and plenty of storage space.

The infotainment system is easy to use, while a handy second screen displaying the satellite navigation comes into use if the main eight-inch touchscreen is being used for other functions. It also features Android Auto, Apple CarPlay and a DAB radio.

The 4.3-inch dashboard display is at its most useful when you're off road, displaying the driving conditions and wheel alignment.

Premium trim adds £2,000 to the price of both models. It adds leather seats, a sunroof, a satellite navigation and an electrically adjustable driver's seat.

The XV has definitely been significantly improved over the old version. It is much better to drive, look at and is incredibly safe thanks to Subaru's Eyesight system.

Unfortunately the disappointing CVT automatic gearbox lets the side down, as does the terrible fuel economy. For these reasons alone, it hard to recommend.

However, for those wanting a crossover of this size that can truly go off road, there really isn't anything like it.